Although new to these shores, 22 year-old Brisbane, Australia native Dan Parsons is far from being a debutante on the international music scene. 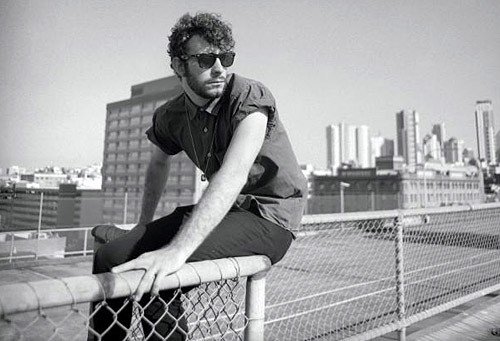 His vintage-tinted acoustically-lead debut album, “Old Brown Shoe”, was released in 2007, and in 2008 he began production on a second batch of songs. Making a bold move, Parsons scrapped these recordings with a view towards reinvention, and after six months of writing and experimentation he re-emerged with a new band, a new sound and an album’s worth of new material.

The transition was completed with the recruitment of collaborator James O’Brien (The Boat People) and producer John Castle.

The resulting (label debut) album, “Firestarter” maps Parsons’ own musical journey from his childhood world and into the future, unifying both his influences and his vision.

It displays Parsons’ uncommon ability to convey both intimacy and depth, to sound both nuanced and bombastic; embodied in particular by both planned singles – the simmering opening track “Run With Me” and the album’s rocking title track.

Fans of artists as broad ranging as Wilco and Foo Fighters will enjoy the melodies, harmonies and intelligent lyrics of this album.