‘Not A Word’ is the first track to be taken from Dam Mantle’s new ‘WE’ EP, the first release on Get Me! Records,released 25th July. 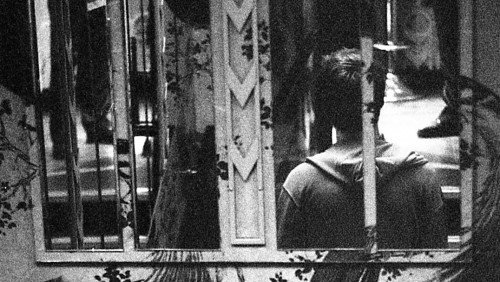 Having spent the first part this year finishing his art degree while fitting in a US tour and SXSW shows with Gold Panda, the second half of the year begins with the release of the ‘We’ EP.

The release, his first since last year’s Purple Arrow disc, contains four tracks of beautiful, intoxicating, foreboding mastery that signals the start of a series of concerted Mantle activity running through 2011 into next year.

The 12″ and digital release is the first offering from GETME! records – the London based collective behind a variety of exciting events, exhibitions and live shows. Established in 2006, the collective consists of artists, DJs, writers and curators.
dammantle.com
Dam Mantle ‘WE’ EP
Release Date: 25th July 2011 on GETME! Records