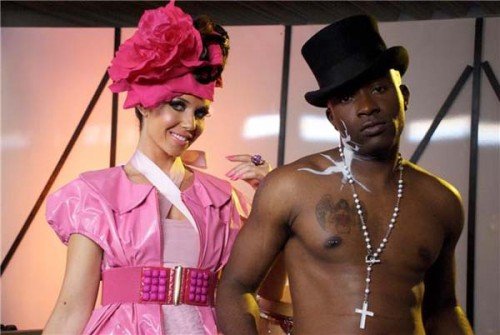 The video is directed by Daniel Zirilli who has shot videos for everyone from The Rolling Stones to 2Pac.

Cushh producer E lived rough on London park benches before working his way through College and founding an IT company, a production/record company and a clothing label while Saskia Lockey who is from a famous musical family which includes Robert Plant of Led Zeppelin and Paul Lockey of the Foundations is far more than just a pretty face with a great voice.

Their exclusive CUSHH clothing line has appeared in Vogue and is sold in Dorothy Perkins and Fenwick’s, Saskia’s sassy and playful collections, featuring gorgeous vintage-inspired designs with an eclectic twist have been going down a storm in the fashion world and are an extension of the feel of Cushh’s music – youthful, colourful and fun.

CUSHH clothing already has a celebrity following which includes: Una Healy from The Saturdays, Katie Price, as seen on the ITV2 show What Katie Did Next, Gavin Henson’s partner Katya Virshilas on BBC’s Strictly Come Dancing.

Featuring a smashing remix by OD Hunte (Leona Lewis and Black Eye Peas), ‘Fabulous’ is a call to arms for everyone to feel fantastic and is a feel good track you’ll be hearing everywhere later this summer.
myspace.com/cushh