Cleo Sol’s debut ‘High’, a mash of pop, ska reggae and R‘n’B, is all about having a crush; “that feeling that’s unique to everyone but completely unmistakable.” 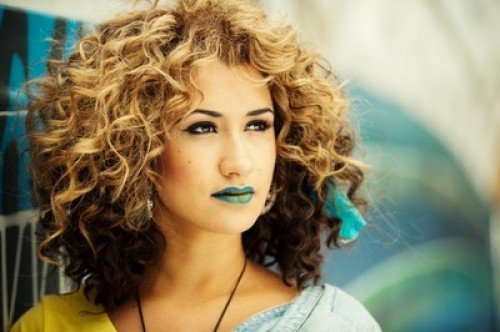 Tapping into Carnival time, ‘High’ brings together the old and the new: Cleo’s distinctive stamp of new-age cool is mixed with an original piece of music from the reggae heyday of the 1960’s, through a unique collaboration with iconic Jamaican label Studio One.
A West London girl at heart, 20-year-old Cleo was born and raised in Ladbroke Grove and brought up with a strong sense of community, Cleo is often spotted cycling around the roads of West London.

Her inspirations derive from her parent’s musical passions. Spending her childhood shuffling through a record collection of classics across Motown, Reggae, Latin and Acid Jazz.
The production has been developed from an original Studio One recording from the 1960’s.

Studio One is one of the most renowned record labels and recording studios in the world, involved with most of the major music movements in Jamaica during the 1960s and 1970s, including ska, reggae, dub and dancehall. The label was instrumental in shaping the careers of Bob Marley, Lee ‘Scratch’ Perry, The Skatalites, Burning Spear, Toots & the Maytals and many others.

To celebrate it’s release, ‘High’ will also be distributed on 7inch for its 18 Sept release date. “High is symbolic of how Studio One has developed over the years, and captures the re-emergence of Reggae for a new generation of music-lovers – Chris Peckings.

Gappy Ranks, a fellow West Londoner and Dancehall musician for whom Chris Peckings was instrumental in developing his career, provides a remix of the track.
“High” (B-side: Call for ME) is released 18 September 2011.
cleosol.com
facebook.com/CleoSolMusic