Steel Tiger is the new self produced album from Chris Field. Signed to Warm Gun Records, Steel Tiger is an album of ghetto enhanced beats and psychedelic energy with a hint of the mystical, designed for the listener to party hard and set themselves free. 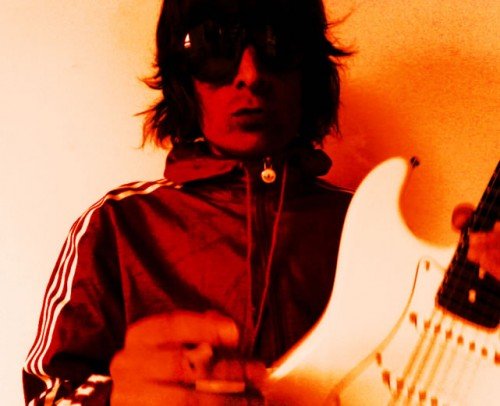 From writing songs based on a night spent drinking with Hunter S. Thompson to writing music for Manchester star Ian Brown, Chris Field is a legend in the making and with Steel Tiger set for release this summer, Chris will finally get the recognition he deserves.

Steel Tiger is a trip in more ways then one down the avenue of intrigue that is the Knight’s Templar, a well travelled road in the history of Chris Field and his family.

A fitting tribute to his past Steel Tiger will take you on a mesmerising journey through a musical door of perception, tuning in, turning on.

Highlights include the electronica back beats of ‘We Want More’ and ‘Straight Outta London’ to the trip hop sounds of ‘Raven Dub’ the full on soundclash that is ‘Poor Woman’s Blues’ and the mix of hip hop fused with rock and roll guitars that is ‘Show Me The Funkin $’.

Steel Tiger takes the influences of its production and wears them proudly on its sleeve, the motor and panic of Detroit, the energy and sweat of New York and the heart and soul of Bowie’s now re-united Berlin.

A psych out of a release, Steel Tiger will re-introduce the world to the sonic troubadour that is Chris Field.
Chris Field – Steel Tiger
Release Date 15/6/2011
www.chris-field.com