London based Chapa are no strangers to the music scene having first formed in 1993 in their native country of Brazil where, as child artists, they regularly wowed adult audience members as Solo de Garagem. 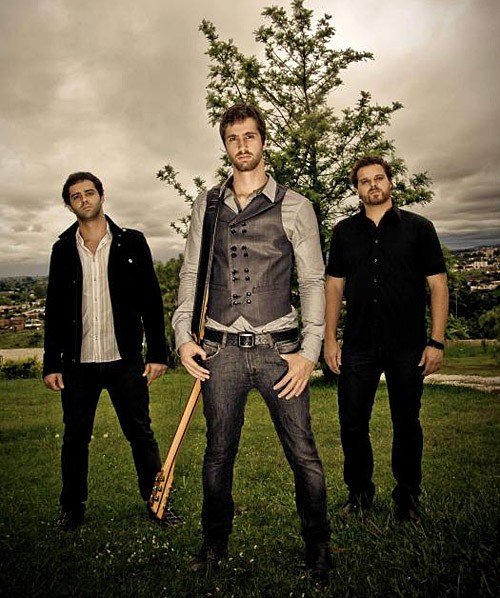 In 1995 at the Araujo Vianna Auditorium the young band played to 5000 people.

Signed to Paradox in 1996 the three brothers released their first album, Vitamina, in the south of Brazil (1998) through Antidoto/Polygram Records, which went on to sell 10,000+ copies.

They followed this up with similar success with the next album Vitamina 2, before changing name to Chapa in 2001.

This is when the brothers found themselves in Rio de Janeiro and exposed to social poverty in a way they had never known before. 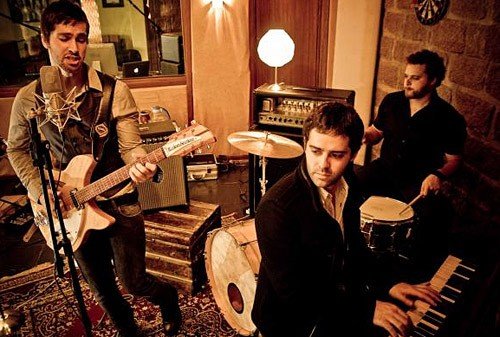 Injustice, discrimination, violence and financial poverty surrounded them in stark contrast to what they knew in Southern Brazil and it profoundly impacted Chapaâ€™s songwriting as they write new songs.

â€˜Seja VocÃª Quem Forâ€™ (Whoever You Are) is released as a single and becomes the Southern Brazil Social Forum soundtrack.

In 2004 Chapa played the â€˜Anniversary SÃ£o Pauloâ€™ festival to 15,000 people and recorded their third album â€˜Outro Diaâ€™ (released 2005). And now Chapa are in the UK with their 1st English speaking album â€˜Creation Roomâ€™.

â€˜Creation Roomâ€™ is an atmospheric indie-pop affair that has mass appeal.

Named after the very room where the brothers first learnt to play together back in Brazil in their parentâ€™s home, the album is a blend of guitar and piano, with harmonised vocals, delivering some golden nuggets of pop music.

Think Keane, think The Feeling, but then add that South American vibrancy and light and you know youâ€™re onto a winning album.

â€˜Before You Goâ€™ is the first single to be released from the album and has a quirky and upbeat feel.
www.myspace.com/myspacechapa