The UK’s fertile dance scene has spawned a new wave of live outfits ready to smash their way onto the international stage. 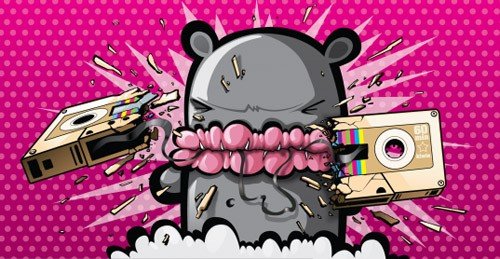 Appearing at its crest are Cassette Jam, the new boys from the North who are fast becoming an unstoppable force. 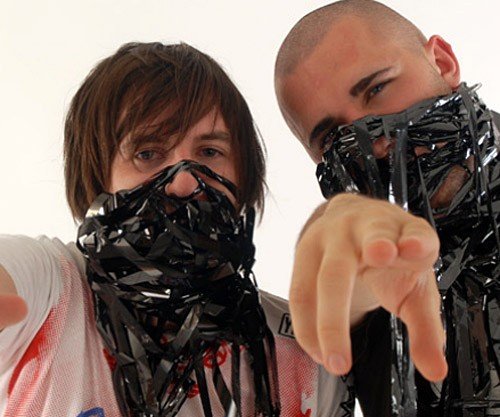 Speed Of Light comes with a mix from Filthy Dukes, while Doorly adds his remix splendour to Hey Homo.
Casette Jam Speed Of Light Filthy Dukes Dub by RoryCassetteJam
With a riotous reputation earned from their early days of eight decks and 2 mixers DJ sets, the pairing of Will and Rory have come good as a live duo, winning hearts and destroying the competition with their violently anthemic, ear-drum bothering tuneage.

Early acclaim from Radio 1, Mixmag, XFM and others has arrived off the back of some limited release singles, remixes (Tinie Tempah, The Whip, Ladytron, and beyond) and incendiary gigs at the likes of the Ibiza Rocks, Warehouse Project, Chibuku Shake Shake, Fabric, Liverpool Sound City, Snowbombing and many more.

For the recording of the album, given ample studio time to satiate their synth addiction, Cassette Jam got their hands on the Korg MS20, Moog Voyager, Roland SH101 and the Juno 60 to name but a few.

Yeah you got it, the same desk on which Kraftwerk mixed their legendary track, Autobahn.

Despite the above connection, a sedate journey down a neon-lit musical highway this is not.

Preferring the route taken by the likes of Front 242, Soul Wax, and Justice, Cassette Jam have applied the stadium ethics of the Prodigy, Underworld, and past British greats, and created an electrifying rave-up worthy of a new decade – young, raw and as noisy as it should be.
CASSETTE JAM
SPEED OF LIGHT/HEY HOMO
RELEASED 6 SEPTEMBER
PIECES OF EIGHT RECORDS
www.myspace.com/cassettejam
www.cassettejam.co.uk
www.piecesofeightrecords.com