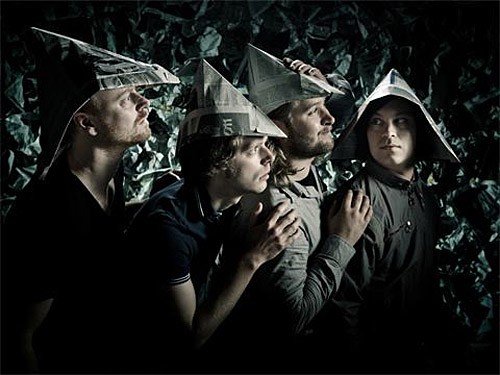 With their new single ‘Det Haster!’ (“it’s urgent!”) out this coming Monday October 24th on Moshi Moshi Records, Norwegian upstarts CASIOKIDS have unveiled the single’s b-side; a remix of the track by Of Montreal. Casiokids – Det Haster! (of Montreal Remix) by moshi moshi music
Casiokids and Of Montreal working together is becoming something of a theme. After impressing Of Montreal when they first supported them back in 2009, the two bands have continued to work together, releasing a record store day split 7” in April this year, plotting future tours, and with Of Montreal contributing to Casiokids’ debut album ‘Aabenbaringen Over Aaskammen’, which is set for European release early next year. So, it follows that an Of Montreal remix is a natural fit.

The quartet was recently nominated for a Spellemann Award (the Norwegian equivalent of a Grammy) and in amongst these events, they set about recording their long awaited album.