With her debut single, Caro Emerald announces herself with the sort of sassy, whipsmart pop that will have the likes of Lily Allen and Mark Ronson pricking up their ears. 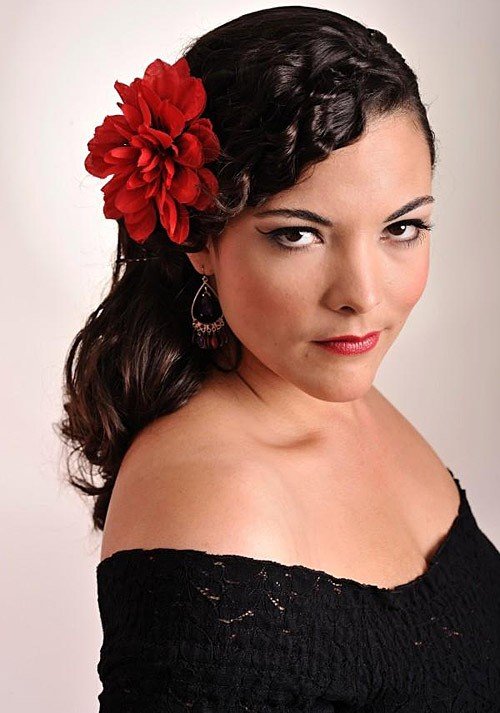 Her smouldering vocals update the classic Americano sound with a contemporary sheen and suggestive lyrics over a melting pot of sounds and influences â€“ yet the sound is entirely, inimitably that of an exciting new artist.

â€œNew Orleansâ€¦ 1951â€¦ a bar full of genius players â€“ double dealing, sweet talking players with more on their mind than numbers â€“ converge where the hustlers lay on the sugar thicker than the cheap wine that flows in the back rooms of the gambling halls.

Eyes shift to the white girl who is obviously lost, or from out of town. And as soon as the timpani plays and she grabs the microphone, her voice moves from pariah to Princess of the Pleasure Dome. A coincidence? No, not reallyâ€¦â€ 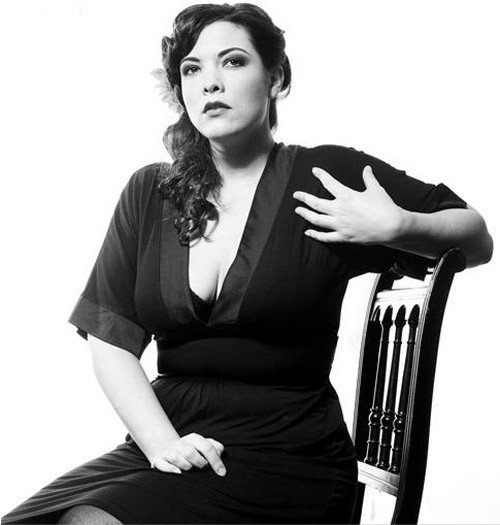 â€˜Deleted Scenes From The Cutting Room Floorâ€™ has now spent a record breaking 28 weeks at number 1 in the Dutch album chart.

A winning, assured debut and one of the finest and most individual pop records of 2010 â€˜Deleted Scenes From The Cutting Room Floorâ€™ draws from a rich pool of swing and jazz influences.
Samba, jazz, bossa nova and mambo all rub sepia-tinged shoulders on this neo-swing pop album with its recurring theme of love and loyalty, flirtation and frustration.

First single â€˜Back It Upâ€™, with its feisty, sassy, Xylophone-infused Americano sound, is the sound of swapped glances across a crowded dancefloor.

Itâ€™s the sound of a party that begins late and carries on until the sun rises.

Itâ€™s a song about dancing, flirting and a declaration of independence.

The story of Caro Emerald and â€˜Back It Upâ€™ is a true example of how word-of-mouth can lead to an overnight smash.

An impromptu performance of the song on a local TV station in her native Holland led to an overwhelming clamour to hear more of the phenomenally exciting new singer.

Once a video â€“ shot for next to nothing â€“ had been posted on Youtube, the response was deafening; Caro was being begged by people she had never met to make the song available to own.

Yet with only one song to her name, Caro and her producers David Schreurs, Jan van Wieringen and Vince Degiorgio first set about crafting a whole album of original material inspired by her love of 40â€™s and 50â€™s film and music, with an emphasis on contemporary pop melodies and production. â€˜Deleted Scenes From The Cutting Room Floorâ€™ was the result.

Caro Emerald has seen her stock rise with astonishing speed since â€˜Back It Upâ€™ first made waves back home a little over a year ago.

Since the Dutch release of â€˜Deleted Scenes From The Cutting Room Floorâ€™ in January, she has spent over 6 months on top of the album chart, and is currently certified triple platinum.

A new signing to Dramatico Records in the UK, Caro and her accessible, dancefloor-inspired music are now in hot demand all across Europe.
www.myspace.com/caroemerald
CARO EMERALD
â€˜DELETED SCENES FROM THE CUTTING ROOM FLOORâ€™
Released on October 18th 2010
â€˜BACK IT UPâ€™
Debut UK single released October 4th 2010
On Dramatico Records
www.caroemerald.com