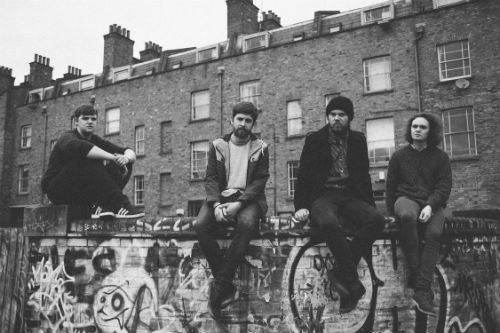 We are Ethan, Josh, Henry and Joe, a piece Indie Rock band based in Bristol.

Where are you from and what’s the scene like there?

We are all originally from a small town near Bristol called Bridgwater. The music scene there is small but very much alive with gigs every other weekend supporting local bands, even if they aren’t the same genre as us. We moved to Bristol a couple years back and fell in love with the city. It is our home away from home, with a hugely diverse music scene to dive in to.

Your next single is BFF – tell us what the single’s about?

We are four best mates who love what we do and are super grateful to all the support we have had from our friends. It is a song that is completely about that.

The music is a little Frightened Rabbit meets Kings of Leon in places, would you say these bands are influences?

Both are fantastic artists that we have definitely taken influence from I’m sure. In fact last year at 2000 trees Frightened Rabbit were the act we were most excited to see but were playing ourselves at the same time. I’d say our biggest influences vary independently, but as a band Bombay and Everything Everything are big contenders.

What makes you stand out from the rest in terms of what you offer as a new band?

We are a raw and honest band, no cheap tricks or backing track bullshit. We work hard everyday to make sure we are creating the best music we can to make sure each live show we do is memorable. 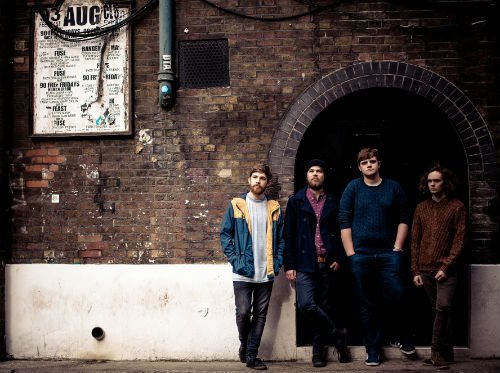 What’s the best and worst thing about being in a new band?

Best thing is that everything we experience is new and exciting. From our first tour to where we are now (number 5 I think) we have learnt a lot, and thats been awesome. I’d say the worst thing though is being lost in a sea of bands, especially when the internet has created such a huge platform for new artists. That can make things difficult when you are trying to get people into what you do or are planning when to hit new cities.

What have been your best live gigs so far and your most fun supports?

We had a number of cool support slots last year, favourites probably being our show with Kids in Glass Houses. When I was around 14/15 they were one of my favourite bands so it was great to get the chance to play with them before they broke up. Our most fun shows though are always on our tour dates, The Cavern in Exeter being my personal fave from the last tour. The atmosphere is always great and it’s amazing to see so many people supporting what we do there.

For newcomers, how would you describe your music?

We are touring at the end of Feb which is great, with another tour planned to follow that later in the spring. We have been working on a lot of new material over Christmas so will be getting into the studio soon as well. Then festival season, we love festivals.

If you had one wish for the band, what would that be and why?

Glastonbury Festival is our favourite place in the world. Sunset slot on the other stage, big life goal there for us.