Combining the Nirvana-meets Radiohead aggression of the first Muse album with a melodic sensibility not far removed from Porcupine Tree, Black Market Serotonin are best described as an aggregation of all of the most interesting strands of British alternative rock from the last ten years. 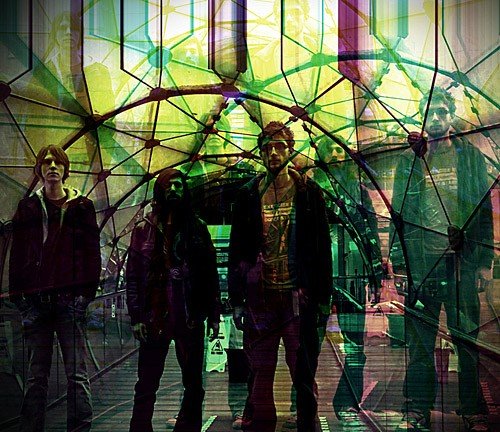 Listening to their tracks, in the same song one might hear Vex Red, Cooper Temple Clause, My Vitriol, Oceansize, or none of the above; whilst there’s no doubt about singer/guitarist Andrew Pimblott’s record collection, there’s still a lot that’s elusively, gleefully original about this band.

On this, their first proper release on Superstar Destroyer, the band have, in the words of their frontman, “tried to get down five tracks that work on their own”, no mean task when “[we] normally tend to write thinking in terms of album-length pieces of music”.

The genesis of the EP was a bedroom recording named Something From Nothing, a nearly seventy-minute passage of music that garnered a cult following after it was made available on iTunes. 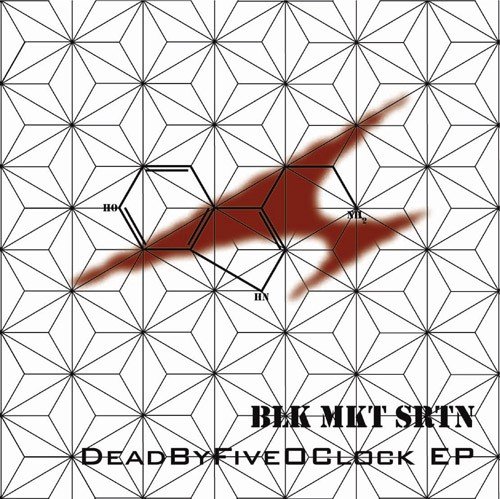 “At the time The Airstrip One [Andy’s previous band, which garnered praise from Rocksound and earned ‘demo of the week’ on Lamacq’s In New Music We Trust show] broke up, I had all these new songs that I wanted to save for a more committed project”, says Andy; “initially this was a bedroom studio experiment, but it quickly outgrew the bedroom and required a band and a stage to articulate it properly.”

Deadbyfiveoclock is an uncompromising listen. It opens with the jet-engine roar of the title-track, sheer vitriol possesses Andy as he screams, “I found out where I stand/I’ve seen what lies ahead/the bite of the pieces that don’t seem to fit/I don’t remember dreaming this!”

The band then settle into a more space rock groove on expansive ‘The End of History’, before unleashing the fuzzed-out riffing of ‘Revelation One’ and muted atmospherics of ‘Clarity’.