Big Deal unveiled details of their eagerly anticipated debut album Lights Out, released on 29 August, and new single Chair, out on Mute on 22 August 2011 in addition to a series of dates that includes a very special show at the Tamesis Dock, a converted barge on the Albert Embankment, London, on 24 August. 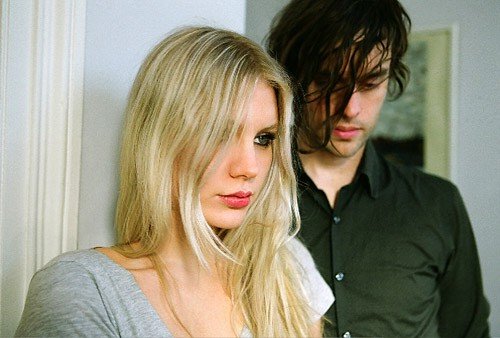 With the strum of an acoustic guitar set against the fuzzed out chords of an electric guitar and the tones of a boy / girl vocal, the band announced their arrival in the summer of last year.

Since then Kacey Underwood and Alice Costelloe have been making waves with their tales of teen angst and adult compromise. Bid Deal’s songs are structurally sparse yet emotively rich, sweet and seductive yet raw and jagged.

To coincide with the release of the Lights Out, Big Deal release a new single Chair, a highlight from an album brimming with potential singles.

Bringing together electric fuzz and acoustic sheen, the track is a bittersweet 3 minutes about longing to take a crush to the next level, centred around the poignant lyrics: “You don’t trust me to sit on your bed / Put me on a chair in the corner instead.”

Big Deal take to the road this summer for a series of festival appearances including Wireless, Reading & Leeds and End Of The Road.

Having wowed audiences during the NME Radar tour earlier this year, the bands woozy, understated bed-room rock sounds all the more magical live. With their mesmeric chemistry and hard-hitting restraint being brought to the fore, you leave with the sense that you’ve been privy to a secret exchange. A big deal indeed.
BIG DEAL DEBUT ALBUM – LIGHTS OUT OUT 29 AUGUST
NEW SINGLE – CHAIR OUT 22 AUGUST
myspace.com/weareabigdeal
facebook.com/weareabigdeal