Ben and Jamie Hazelby are extraordinary young men. Aged 17 and 14 respectively theyâ€™ve already had a hit record and raised over Â£80,000 into the bargain for their local hospice. 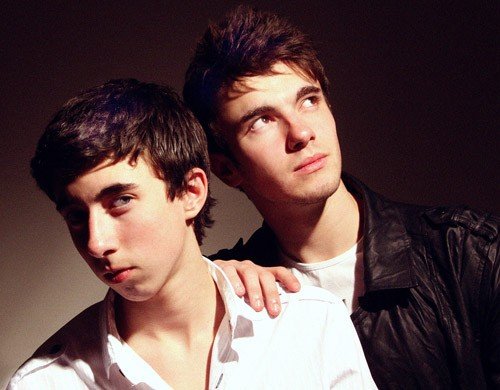 The hit was â€œLonely Skyâ€ and it even engendered its own rival cover version.

Ben and Jamieâ€™s story is already well known. After their Mum Gill died of cancer they and their father, Paul, decided to raise money for their St Anneâ€™s Hospice in Cheadle.

Noel Edmunds got to hear about the boys and surprised them by inviting them onto his Christmas Sky 1 show â€˜Noel Edmunds Presentsâ€™. But the surprises didnâ€™t stop there.

Ben and Jamie were invited by the show to record their own version of â€œLonely Skyâ€, a Chris de Burgh song which had been their Mum’s favourite.

The recording was to be a surprise gift for Paul. But, as they met the producer at the studio, Chris de Burgh himself turned up to join in. The song was later released as a single shooting straight into the charts.

â€œBroken Wingsâ€ proves undisputedly that Ben and Jamie are not just one hit wonders.

With musical talent in spades and good looks and youth well and truly on their side, Ben and Jamie look set to be around for many years to come.
BEN AND JAMIE â€œBROKEN WINGSâ€
Released April 4th 2011, Lonely Sky Records
BEN AND JAMIE on www.facebook.com