Already a huge hit in Germany where it knocked Adele off the top of the album charts, the Beatsteaks’ new album ‘Boom Box’ looks set to make their biggest impact yet on these shores when it’s released on May 16th on Warner Bros. Records. 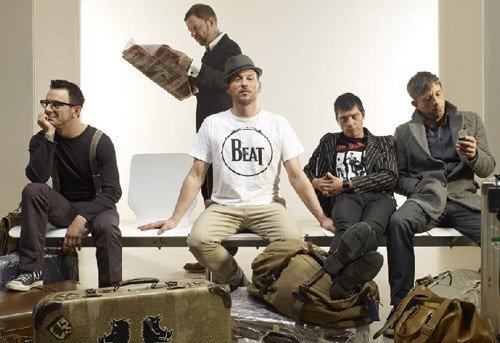 The Gold-certified album will be preceded by the release of the single ‘Milk & Honey’ on May 9th.‘Boom Box’ sees the Beatsteaks seeking out new borders to their sound with songs such as ‘Cheap Comments’, ‘Fix It’, ‘Access Adrenalin’ and ‘Automatic’ contributing to a diverse album that offers everything from the reggae-rock of ‘Let’s See’ to the 72-second punk rock inferno ‘Behavior’.

The album was produced by Moses Schneider at the band’s rehearsal studio and was mixed by Nick Launay (Nick Cave, the Yeah Yeah Yeahs, Arcade Fire) at the Seedy Underbelly Studio in Los Angeles .

Confirmed to headline this summer’s Rock Am Ring and Rock Am Park festivals, Beatsteaks have previously played with the Sex Pistols and Faith No More, hit the Warped Tour and the Reading , Roskilde and Hurricane festivals, and performed at the opening gala for the 2011 Berlin Film Festival.

They’re due in the UK in May as part of a huge European tour for three headline dates:May
19th – London , Koko
20th – Manchester , Academy 3
21st – Glasgow, King Tut’s Wah Wah Hut
Tickets are on sale now priced at £15 for London and £12 for Manchester and Glasgow .
www.beatsteaks.com