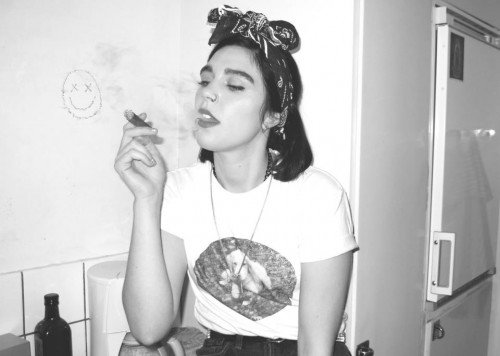 Beatrice Eli hails from Stockholm, Sweden. Combining heart-swelling vocals, offbeat production and wrenching lyrics about love and loss, ‘The Conqueror’ may well be one of the most devastating yet beautiful pop songs you’re likely to hear all year.

Although initially growing up on a steady diet of soul and jazz, Beatrice soon got schooled on a wider palette of music by MTV, introducing her to everyone from The Notorious B.I.G, Janet Jackson and Bjork to Salt N Pepa and Nirvana.

“Since then, I’ve realized I like classical arrangements, strong lyrics and hooks. If you have that, you can put an interesting production on it and make it fresh, but also timeless”.

‘The Conqueror’ might seem like a traditional love song, but I wrote it from seeing people – and being in a situation myself – where you find yourself loving the other person’s love more than being in love”, she explains.

“It’s like if you manage to conquer his love and own his heart, even though you fail as a couple, at least you’ll be remembered. You’ll always be special for that person”.

‘The Conqueror’, Beatrice’s debut single is out now.
twitter.com/beatriceeli
facebook.com/BeatriceEli