Balkans formed in 2008 in the suburbs of Atlanta, while all four members Frankie Broyles, Woodbury Shortridge (both of whom had been playing together since childhood), Stanley Vergilis and Brett Miller were still in high school. 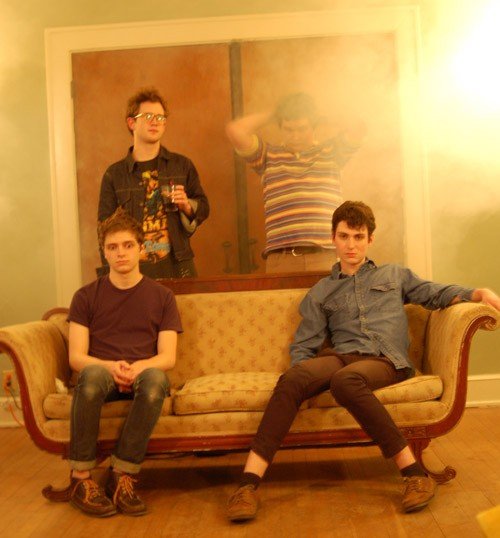 It took only a handful of their frantic-youthful gigs to double their audience and land them support slots with the likes of King Khan, (the late and great) Jay Reatard, Times New Viking, Atlas Sound and Black Lips, often in clubs that they otherwise would have been too young to enter. Soon after that, they were embarking on full East Coast tours. The Edita V single is a perfect introduction to the sound of Balkans. Set apart as they are from Atlanta’s usual ‘garage’ sound.

Their music is high-energy pop, referencing bands such as Television with angular riffs and energetic vocals. Yet it is not – at first – an easy-listen.

This is a no-nonsense LP, with each song being able to stand alone as its own single. Beatles-esque guitar hooks on fast-forward are everywhere.

It’s an energetic punk-grind that waivers between bouts of sincerity and catharsis, yet it is also heartfelt at times.

Each song has honesty, rooted in the bad experiences of young adult romance, evoking memories of teenage lust and heartbreak. Balkans work as they encompass all.