Born and raised in the backstreets of Paris the artist now known as Axel Loughrey picked up his first guitar at the tender age of 8, completed his first songs at 14 and hasn’t looked back since. 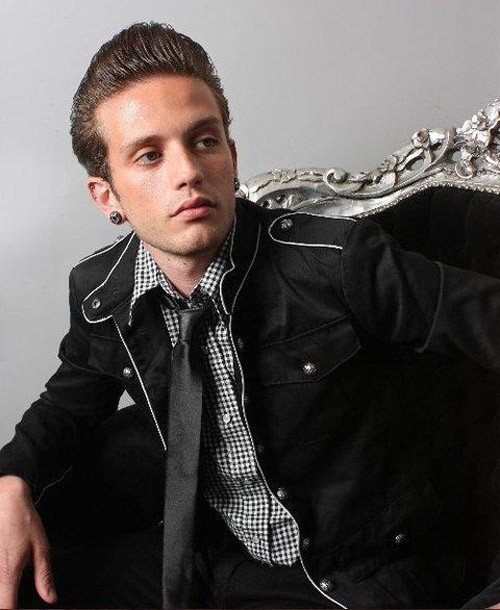 He eventually packed up his guitar with a head full of songs and ventured across the North Sea to arrive on these shores and try his luck in the demanding world of the UK music scene. Championed by the likes of Ms Jo Whiley and interviews and live material aired on Channel 4 Music, Axel Loughrey has certainly raised the eyebrows of music royalty in more ways then one.

From being the main man in the now defunct Ruby Red Lips to taking on the heavy traffic of the UK music scene head on with his own solo material, this has proved to be the right decision as he was picked from a staggering 70000 applicants to grace the stage at Orange Unsigned.

With a voice and music style as velvet as Lou Reed’s Underground, Axel certainly has the style, the look, and most importantly the songs ready to deliver to the wider audience.

With two self released EP’s already in his kit bag, the beautiful ‘Small Town, Small People’ and the invoking ‘Galloway Hill’ Axel is already taking the acclaim and plaudits on the live scene and is now ready to step forth with his third and highly anticipated release a darker side of the blues which makes the ‘Love Thing’ EP.

With a myriad of high profile gigs and festival appearances already secured, and a wide range of music industry gurus biting at the bit, Axel could soon well be the next 21st century boy.
Axel Loughrey – Love Thing
Released 16th May
www.myspace.com/axelloughrey
www.axelloughrey.com