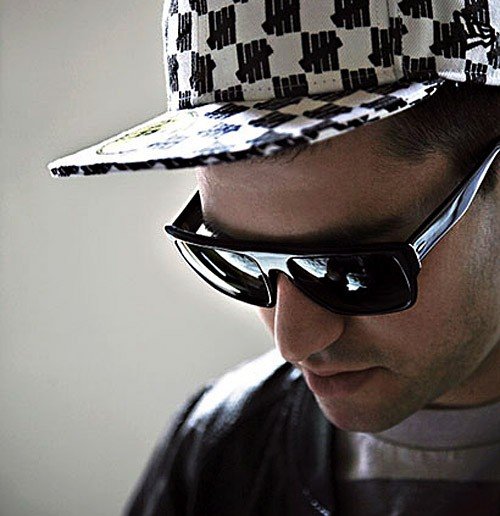 He founded 2007â€™s most buzzworthy label, Foolâ€™s Gold, with a mission to merge all aspects of club music.

The manifesto for this fusion was outlined on his first official mixtape: Dirty South Dance, which set the tone for Trizzyâ€™s very own production, each acapella or track re-edited to create something fresh.

In a matter of a few months, his signature remixes (for, amongst others, Boys Noize and Simian Mobile Disco) and his original tracks (Say Whoa produced for Nike and released on Kitsune) and a collaboration with Laidback Luke (Shake it down) were gaining support from the likes of Erol Alkan, Busy P, DJ AM, Annie Mac, MSTRKRFT and Boys Noize. 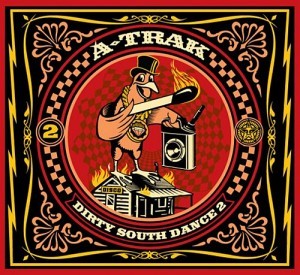 This year A-trak has created two critically acclaimed pace setting DJ mixes for US dance music giants Thrive (Infinity +1) and UK stalwarts Fabric (Fabric Live 45) and is about to embark on recording his debut solo record.

Not bad for a kid who many viewed as a 90â€™s turntablism prodigy. Indeed, Alainâ€™s career began at age 15 when he won the 1997 DMC World Championships and proceeded to take home every other DJ title known to man.

He then toured the globe, first alongside Q- Bertâ€™s Invisibl Skratch Piklz and then with Craze and the Allies.

In 2004, he was hand- picked by Kanye to be his tour DJ. A near decade of youthful meanderings was captured on his acclaimed DVD Sunglasses Is A Must.

Somewhere along the line, A-Trak also became a streetwear culture icon, collaborating with Nike, New Era, Kidrobot, Zoo York and pretty much every designer worth his salt.

The last couple of years have seen him headlining tours with Diplo, The Rub, DJ Mehdi and Kavinsky, and of course his older brotherâ€™s band Chromeo. Add to that production for Chicago rap sensation Kid Sister and a strong, audible influence on Kanyeâ€™s Graduation album.

His forthcoming solo debut is preceded by a 4 track EP collaboration with Armand Van Helden under the moniker Duck Sauce.

After years of scratching, accumulating air miles and dressing smart, A-Trak has finally become the man to call to make the kids dance. Ask him and heâ€™ll tell you that this is the moment heâ€™s been waiting for his whole career.
www.myspace.com/djatrak