A Plastic Rose: Fresh from headlining the spectacular You Are The Scene event in Belfastâ€™s Mandela Hall, this band are the name on a lot of peopleâ€™s lips at the moment. 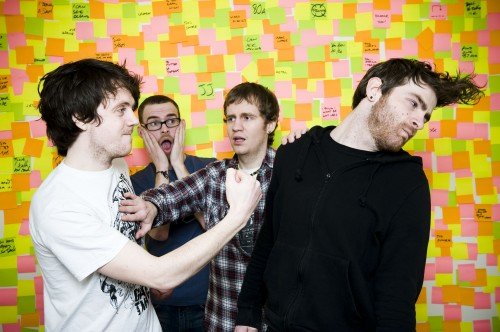 Widely seen as one of the most exciting prospects to emerge from the increasingly fertile Northern Irish music scene, A Plastic Rose have been instrumental in uniting artists and gig-goers alike.

Oceans is the first single to be taken from their much-anticipated mini-album, The Promise Notes, released on Monday 28 March on the consistently rewarding local record label, Di Di Mau.

This mini-album shows a totally different side to the band, showcasing their slower, more reflective songs, as well as unleashing the bandâ€™s heaviest material so far.

Those anthemic qualities that have made the band such a favourite amongst the live audiences are still there, but thereâ€™s a different edge this time, more mature, more developed, more real.

2011 looks to be the year that A Plastic Rose will start to repeat their home success across the rest of the UK and Ireland.