Northern Ireland Snow Patrol were revealed as the headline act for the Guinness Arthurâ€™s Day celebrations taking place across Ireland on September 23 yesterday. 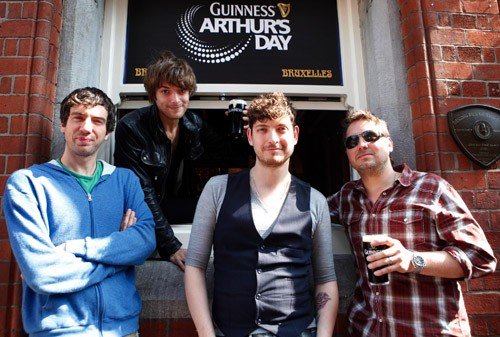 Gary and the lads will be joined by artists such as Paolo Nutini (who also spent the morning at Bruxelles bar in Dublin), The Macabees, Magic Numbers, The Heathers and many many more.

Speaking of the celebrations Gary, who will take to the stage at Ward Park in Bangor tomorrow with the band in front of 40,000 fans for their homecoming, said he was looking forward to â€œstripping backâ€ their show.
More information including further line-up to follow.
BY TINA CALDER
Â©FAMEmagazine