LAST week the very hunky Lee Ryan was in Belfast to perform at an intimate show at Ollies nightclub in The Merchant Hotel.

And while he may have calmed down since his wild-boy days it didn’t stop him partying into the early hours of the morning.

So imagine his shock when I reminded him of our interview and pictures that were scheduled for the next morning. 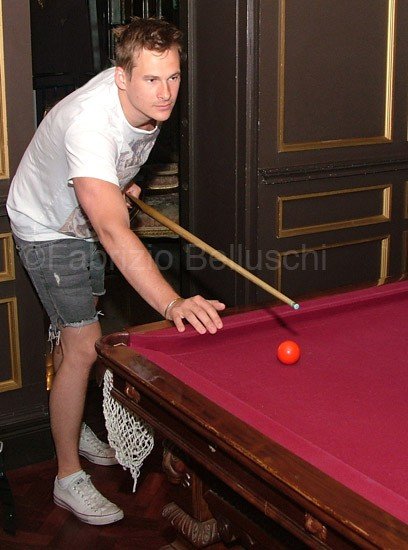 A worse for wear Lee joined me in the cocktail bar for a sobering cup of tea and a little breakfast at the crack of dawn.

And if I didn’t know any better I would suspect his combat shorts and T-Shirt were actually his pyjamas.

I can’t get my picture taken looking like this said Lee when he spotted the camera. Although his split second diva ended when I suggested a game of snooker.

Of course Lee is best known for being the real talent behind boyband Blue and since leaving he’s recorded numerous solo projects including his latest album Confessions.

But he revealed that despite having some top hits under his belt as a songwriter he still gets tarred with being stupid and thick.
It pisses me off man he said. 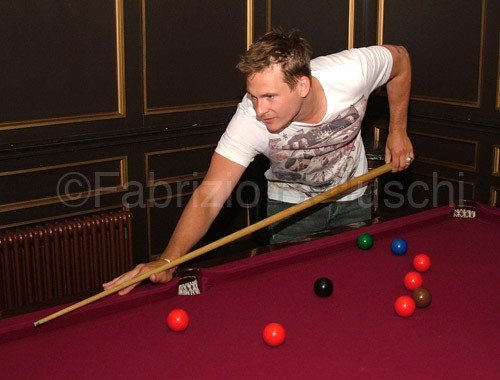 I’m not the most articulate sometimes but then I don’t want to be I wouldn’t want to waste my life reading a dictionary.

I think life experience is more valid in this life and I have travelled around the world and probably visited 40 50 percent of the whole world which is more than most people would do in their whole life and that knowledge and experience that you take from seeing different cultures and people that kind of social intelligence is something that you cant read or buy.

Lee was performing numbers from his forthcoming album but it will be July before fans can buy the materal.

There are two songs being released as a double A-Side, I Am Who I Am and Secret Love.

But Lee was quick to point out the first song I Am Who I Am wasn’t a cover of the Gloria Gaynor hit adopted by the gay community as an anthem.

However, he added: I’ve played loads of gay clubs and they’re great fans. I think a lot of people will relate to this song and if the pink pound can follow me and go yeah that’s a great song then that’s brilliant.

The album is very biographical but I did that on purpose, I wanted a lot of it to be very honest which it is.

And aside from Lee showing me his war wounds from playing soccer sixes recently and gossiping about people we both know he also said he was never going to apologise for being a tearaway and hell-raiser while in Blue.

He said: â€œI did do some crazy stuff but who wouldn’t when you are 17 to mid teenage years.

â€œI was absolutely nuts but it was because someone came along and gave me this free pass card and you can do what the fuck you want and there is a lot of money to go with it.

So I did everything that others can only dream of and it was great.
www.leeryanmusic.com
BY TINA CALDER
PHOTOS BY FABRIZIO BELLUSCHI
©FAMEmagazine