THE hit West End musical FAME is to tour the UK and Ireland next year.
FAME The Musical, starring The X Factor’s Beverly Trotman as teacher Miss Sherman, will kick off the tour in January 2009, taking in Belfast’s Grand Opera House in from May 18 to 23 and Dublin’s Gaiety Theatre from June 8 to 20.FAME The Musical has established itself as one of the countryâ€™s most successful theatrical productions.
Premiered in the West End in June 1995 and nominated for two Olivier Awards, the stage spectacular enjoyed a hugely successful decade in London. 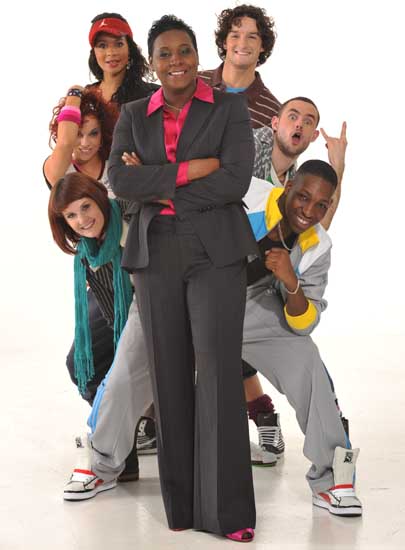 The show has played to over five million people in the UK alone, and included runs at five of Londonâ€™s premier West End theatres.
Audiences around the world have enjoyed the eternally inspiring story of the kids from New Yorkâ€™s School for the Performing Arts.Â  Always recruiting the freshest young talent, each cast of over 30 electric performers has wowed the crowds as they rocket through phenomenal dance routines and unforgettable songs, including the legendary Fame.
Beverly Trotman won the hearts of the nation as the teacher from Luton who followed her dream all the way to the studio in the 2007 series of ITV1â€™s smash hit The X Factor.
Mentored by Louis Walsh, she received weekly praise from judges as she performed huge hits like I Have Nothing, Iâ€™m Every Woman and I Will Survive.
A real life primary school teacher before her X Factor journey, Beverly lives in Bedfordshire with her husband and two children.Â  She has performed with many gospel choirs, including the famous Kingdom Choir, across Europe, supported artists such as Lemar and since the series has continued to perform and gig around the UK.
The UK tour cast also includes Holly James (most recently seen in Hairspray in London and previously a Top 10 recording artist with the track Heaven, with Jason Nevins), Dominic Daniels, Nikki Davis Jones, Tommy Sherlock, Danielle Cato, Tarisha Rommick, John Stacey, Tony Stansfield, Nicholas Larkin, and, Warren Sollars (Channel 4â€™s Musicality), Scott Maurice, Simon Campbell, Laura Thornton, Rachel Crocker, Helen Ternent, Rickly Morrell, Sean Selby, Charlotte Scott, Carolyn Maitland and sisters Amy and Laura Thornton
From the producers of Hairspray, Footloose and Disneyâ€™s High School Musical, and directed by Olivier Award winner Karen Bruce, the show follows one group of students from auditions to their graduation ceremony, taking audiences through the highs, lows, friendships, romances and sheer hard work that is daily life for the star-struck pupils in their quest for success.Â  For some it is too much, but ultimately tragedy and triumph combine in a spectacular finale that has prompted standing ovations around the world.
The Academy Award winning film FAME was released in 1980 and was an immediate box office smash around the world.Â  This was followed by a highly successful TV show that ran for six seasons, won numerous Emmy Awards and was broadcast in over 70 countries.

Been seen by over 5 million people in the UK and over 10 million people worldwide.
Played on four continents.
Had 5 West End homes at the Cambridge Theatre, Victoria Palace Theatre, Aldwych Theatre and the Prince of Wales Theatre and the Shaftesbury Theatre.
Seen over 7500 people audition for the production.
Played at more than 50 regional theatres.
Used 5000 pairs of tights, 2500 pairs of legwarmers, 900 jock straps, 1000 leotards, 250 sweatbandsâ€¦â€¦.and 4 bright yellow NYC cabs!

250 plasters, 100 joint supports, 90 lipsticks, 30 cans of hair spray and ten tubes of Deep Heat are used in any one month as well as 100 cans of deodorant.
The cast and crew get through 200 litres of water a week, and between them spend 24 hours a week blow drying their hair.Â  The Wardrobe Department has four hours of ironing each day.
There are 200 costumes in the show, with over 100 costume changes at each performance.
Over 100 amateur productions are mounted each year in the UK alone.
There have been two Fame weddings, 31 long term relationships and countless sweaty liaisons!