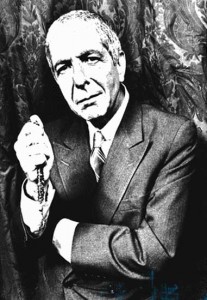 Legendary Singer-Songwriter and Poet, Leonard Cohen, will perform an exclusive concert at The Odyssey Arena. Leonard Cohenâ€™s 2008 World Tour, proved to be one of the yearâ€™s hottest tickets. Following his incredible sold-out tour in 2008, Leonard Cohen returns to perform an unmissable show as part of his 2009 World Tour. The sold-out concerts wowed arenas, opera houses, festivals and Edinburgh Castle.

The shows received rave reviews, bringing Leonardâ€™s music to his devoted fans, and hoards of converts, including a moving set at Glastonbury.

A celebrated singer-songwriter of the classic 1960â€™s generation, Cohen is beyond comparison and a true original, providing some of music and literatureâ€™s most illuminating writing on love, sex, death and religion.

Uniquely, a revered musician, Cohenâ€™s literary plaudits rival those for his music.