Sally Morgan is one of Britainâ€™s most loved psychics and the star of her very own TV show Sally Morgan: Star Psychic on ITV. The Audience With Sally Morgan tour will be unlike anything seen before. Sallyâ€™s style is that of reality TV â€“ she does not work to scripts, and the show will be totally transparent, and therefore as entertaining as her TV shows.

With literally thousands of enquiries every day, Sally Morganâ€™s fan base is growing by the hour, and the tour will provide an exceptional opportunity to see Sallyâ€™s work at first hand.

Sally will be travelling the length and breadth of the UK and Ireland in her own â€˜Psychic Tour Busâ€™ and lucky fans will have the chance to win personal readings with Sally prior to the show. 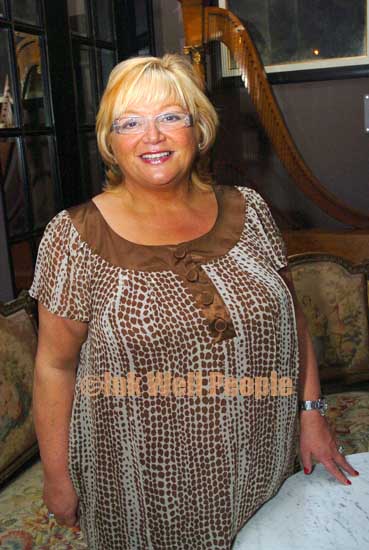 A Show With A Difference
At each venue, prior to the evening show, people will be able to enter the Psychic Cube in the foyer and ask questions to Sally via a videocam. This will be replayed in the auditorium each evening.

In addition, a feature to enhance and reinforce the excitement of the tour will be Sallyâ€™s own blog which will be accessed over the internet on a daily basis, giving a flavour and experience of what it will be like to be at the show.

Science Or Fiction?
Sally has always had the ability to connect with the spirit world and had her first psychic experience at only 9 months old. Since then, she has learned to control her gift and has gone on to astound event the most renowned scientists who have tested her, including Professor Gary E Schwartz, from Harvard University. At first, her supernatural ability was random, but by her early 20â€™s, she had learned how to harness her power, and use her tremendous gift to help other people. Her ability is so strong that not only can she read peopleâ€™s past and predict their futures, she can also see, hear, and speak to dead people with incredible results.

Over the past 30 years, Sally has helped thousands of people with her supernatural skills by predicting future events and communicating with those who have crossed to the other side. Sally believes there is a scientific explanation for her abilities; she has simply accessed the area in her mind that everyone has, but not everyone uses, and such extraordinary things have happened as a result, that she knows it is a very real ability.

Psychic To The Stars
Since becoming a professional medium, Sally has gone on to read for a whole host of celebrities from film stars to radio presenters, musicians to soap actors. These have included George Michael, Robert De Niro, Koo Stark, Uma Thurman, Mel B, and most notably the late Princess Diana, whom Sally read for over a period of several years. More recently, her work has led to a fabulous television career, weekly columns in OK! Magazine, and Saturday Express Magazine, and her own jewellery range with Gems TV

Her ability to extract accurate information from celebrities to her ITV2 show, including Helen Lederer and Kym March, captivated her TV audiences and it is hoped that well known faces from the worlds of soap, sport and entertainment, will join in the experience of Sally Morgan on tour.

â€˜Amazing!â€™ â€˜I Donâ€™t Believe It!â€™ â€˜How Could She Know?â€™
Everyone who meets Sally is astounded by her spookily accurate readings, and now for the first time ever, audiences around the country can experience the â€˜Sally Morgan Effectâ€™ at first hand. Following her hit show on ITV, the Audience With Sally Morgan tour is set to take the UK and Ireland by storm. Inspiring, thought-provoking, in some instances, life changing â€“ this will be one show not to miss!

Sally is currently working on her book, and her first nationwide UK tour, starts in May 2008, and will come to Ireland in October 2008.