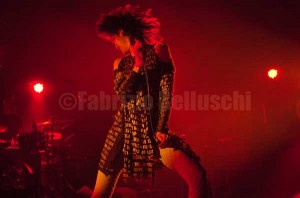 Is there any woman as majestic or as iconic as the beautiful Karen O what can only be described as a lycra-body-suit-turban-hoodie, the Yeah Yeah Yeah’s frontwoman wowed fans last night at a packed-to-the-gills show at St Georges Market with an explosive performance.

Serenading the audience with a little Shania Twain, Karen promised it was great to be back in Belfast. Obviously that was nothing more than a cheap line because this was the trio’s first time in Northern Ireland – but who cares? Its Karen O.

Promoting their new synth-showered album It’s Blitz! the band belted out an array of hits spanning back to their 2003 debut Fever to Tell – although some might complain there were too many slow numbers, while upbeat favourites like Rich and Mysteries were forgotten.

Halfway through the hour and a half set Ms O disappeared off stage only to bounce back wearing her infamous KO studded leather jacket, full of beans and squealing with delight as the crowd shouted the lyrics to their recent hit Zero. 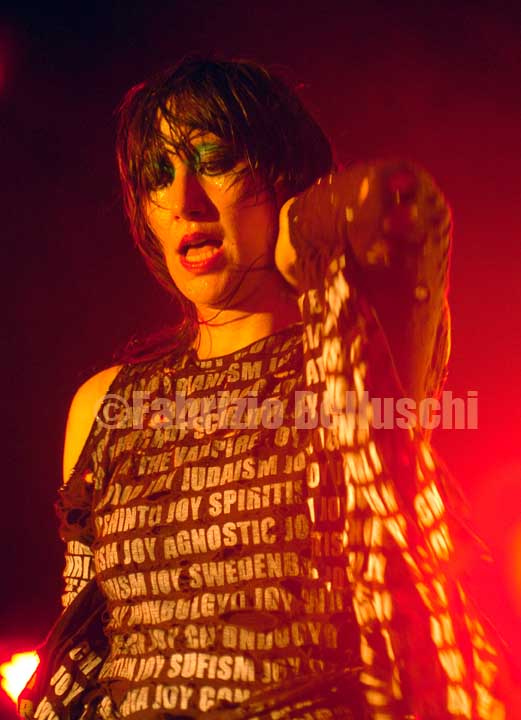 While the band was on top form, St George’s Market, in my opinion, is acoustically awful and the band would have been much better suited to a slightly smaller venue.

Saying that there is much to be said for YYYs popularity, and I can’t wait to hear Karen O’s soundtrack for Spike Jonze’s new project Where the Wild Things Are, later this year.
Review by Cathy Black
Photos by Fabrizio Belluschi
Â©FAME Inc
fameinc.co.uk 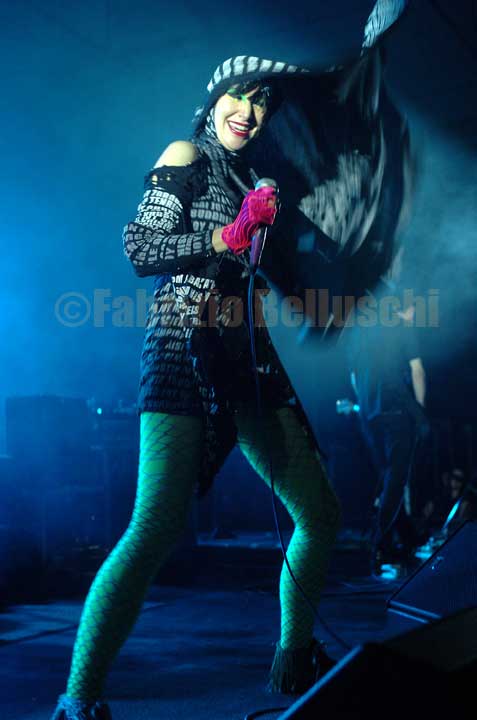 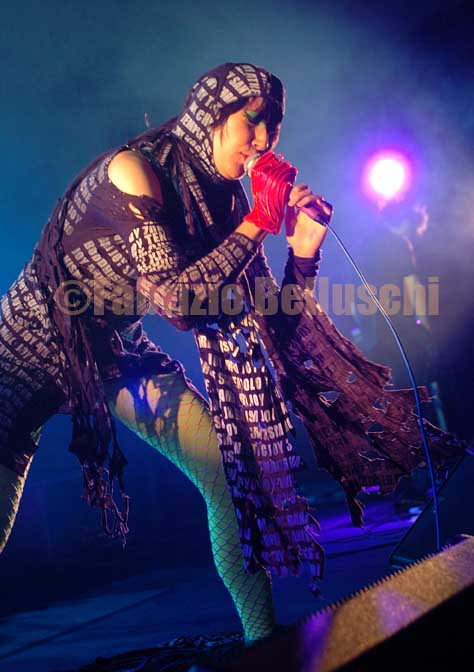 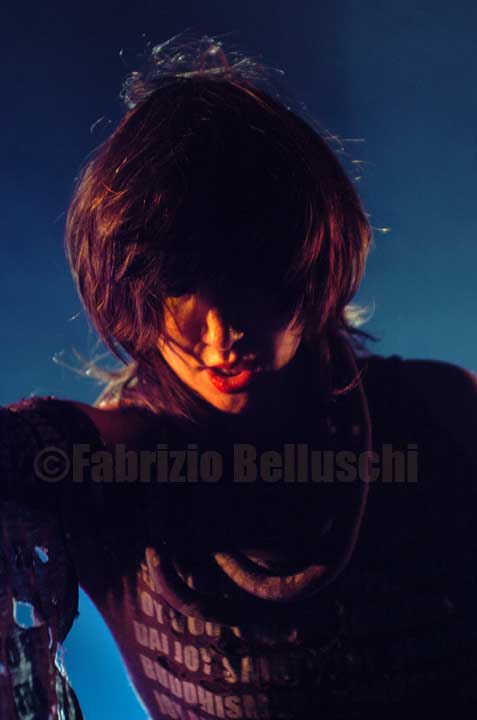 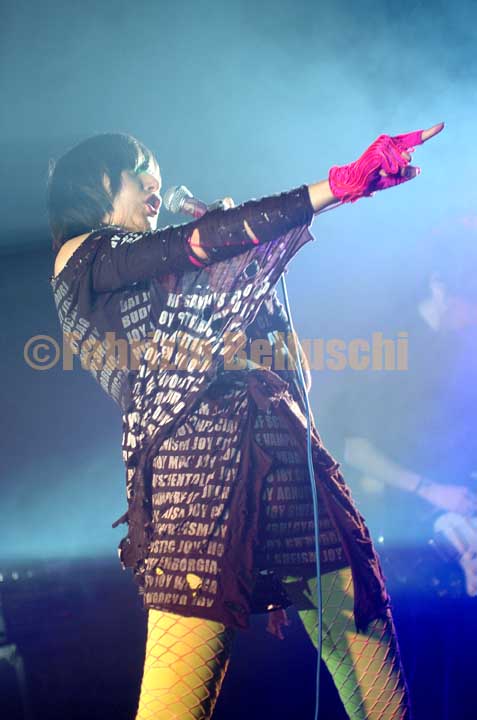 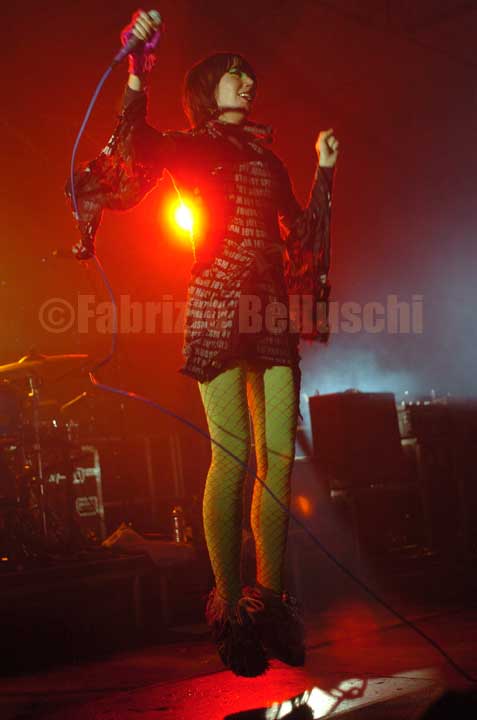 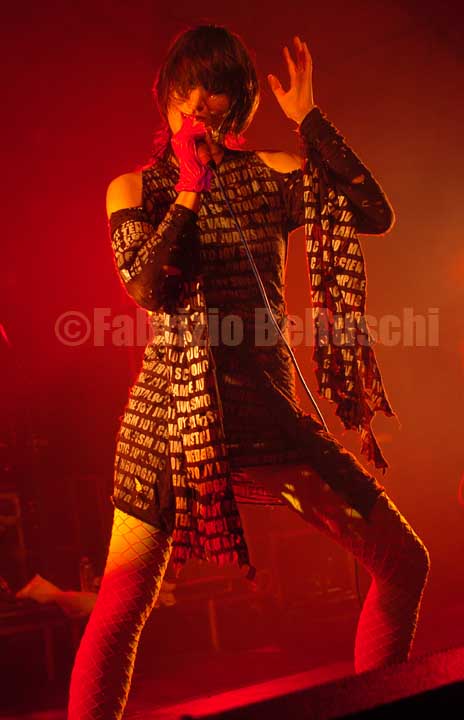 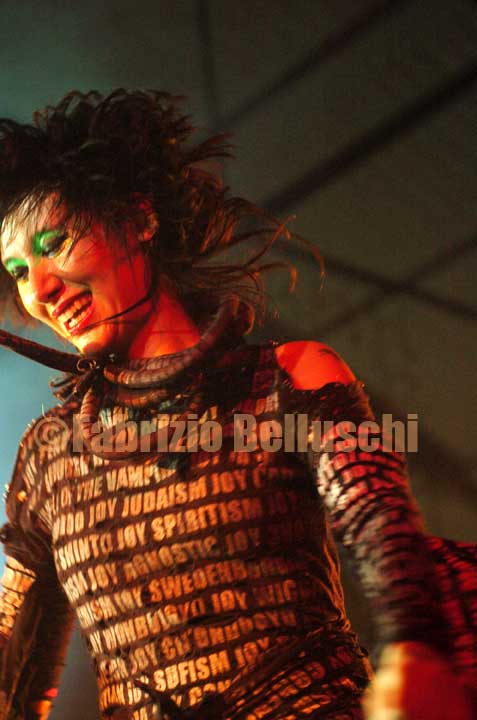 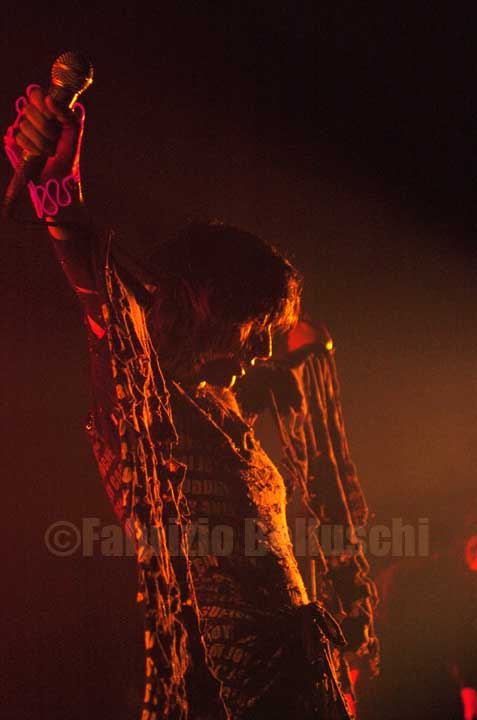