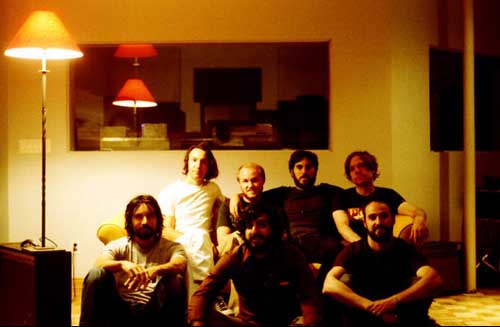 Explosions In The Sky are now universally recognised as the leading / most influential instrumental rock act of the past few years, their stunning soundscapes winning them legions of fanatical fans, and selling over half a million albums worldwide in the process. They will play Belfastâ€™s Spring & Airbrake on Sunday 6th September as part of their 10th Anniversary tour.
explosionsinthesky.com 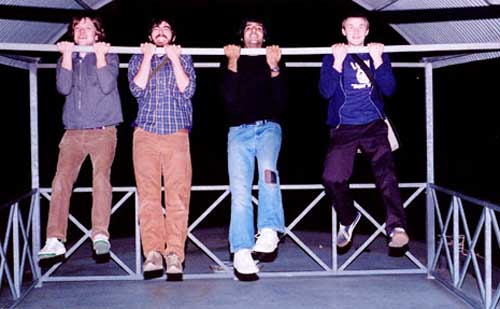 Hailing from the sultry town of Austin, Texas, Explosions In The Sky make some of the most passionate, powerful instrumental music you will ever hear. Explosions In The Sky couldnâ€™t have chosen a better band name for themselves. Their music soars, filled with atmospheric guitar lines, marching drums and elegiac melodies that ignite into walls of noise. Explosions In The Sky build sweeping soundscapes that offer increasingly spectacular vistasâ€¦

Cinematic and evocative, listening to Explosions In The Sky is an incredibly moving experience, taking the listener on magical flights of musical fancy. Rolling and undulating drum beats and solid bass build the background for mesmerising guitar work which all works together to astonishing effect. The build-up will either drag out to the point where it feels like the listenerâ€™s heart will jump out of their chest from anticipation â€¦or the finale breaks like a devastating tidal wave of sound.

What sets Explosions In The Sky apart from other instrumental-rock bands, such as Godspeed You! Black Emperor for example, is that the music comes from only four instruments. Their incredible sound is made by only two guitars, bass and drums â€“ the rock basics.