We are pleased to announce the details of the long-awaited second album from New Yorkâ€™s Yeasayer. The album will be titled ODD BLOOD and will be consumable on 8th February 2010 on cd/lp/mp3 formats via the Mute label worldwide excluding N. America.


First brewed in the frosty hills of Woodstock, NY at the Marotta lair, then transferred to the steely sweeps of NYC, ODD BLOOD took many layers to finalise, but as with all things Yeasayer, the outcome is spectacular – filled with Yeasayer’s interpretation of pop pleasures and experimentation, the band has once again carved its own path through that ice cold glacier that is modern pop/rock.

30th October 2009 will see Yeasayer headlining the Guggenheim Museum in NYC and on which night we promise an extravaganza of excitement and yes, more news. Yeasayer will expand their lighting globe set up in the famed Frank Lloyd Wright rotunda to create a more interactive affair. 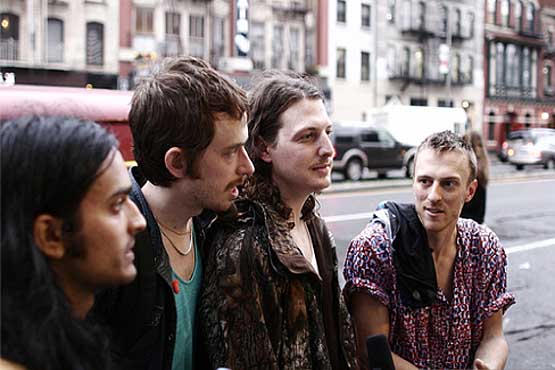 If you can’t make the show you will probably be most entertained by visiting these sites that night from 3am (UK time) for surprise details:
yeasayer.net
twitter.com/OddBlood
www.myspace.com/yeasayer
Yeasayer
SET TO RELEASE â€˜ODD BLOODâ€™
ON 8th FEBRUARY 2010