Even from its genesis, Tulsa based pop act Stars Go Dim has set itself apart from its peers.

An aggressive online networking campaign which documented the bandâ€™s formation established a loyal following at the outset and was quickly complemented by a trio of singles which were awarded a host of accolades, culminating in the CMT Listenerâ€™s Choice Songwriterâ€™s Award in the summer of 2009. 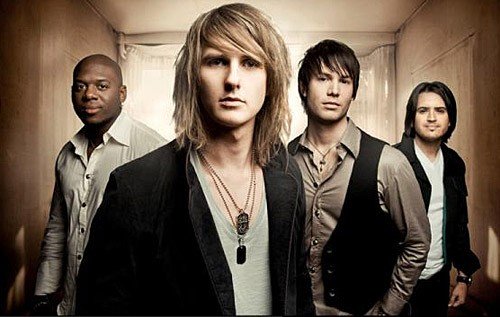 Consistent regional touring and handful of high profile shows opening for acts such as Switchfoot, Daughtry and Sara Bareilles continued to build upon the groupâ€™s fan base, resulting in a string of fan-voted awards.

Most recently, the group won a spot on the Ernie Ball sponsored Mayercruise 2009 (opening for acts such as John Mayer, O.A.R. and Guster) and â€œBest Pop/Rock Bandâ€ honors in the 2009 â€œAbsolute Best of Tulsaâ€ Music Awards. 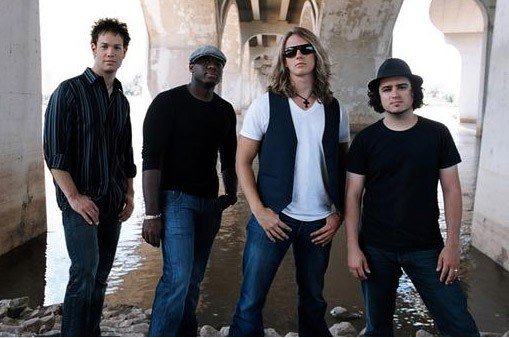 Now, roughly two years after forming, the band has emerged from the studio with its full length debut CD, Love Gone Mad, a wholly realized reflection of love, life and rollercoaster of emotions that accompany them. With it, Stars Go Dim is proving to be more than just a singles driven band.

Yes, there are more than a few radio ready cuts within, but when listened to as whole, Love Gone Mad explores the full range of emotions when love does just that. From the stages of infatuation in â€œIncredibleâ€ and â€œCrazyâ€ to the struggles of maintaining a relationship in â€œWhere Has Our Love Goneâ€ to realizing itâ€™s over, breaking things off, moving on and starting over in â€œLetting Go,â€ â€œWalk Onâ€ and â€œGet Over it,â€ the band has painted a moving portrait of love and life in progress.

Serendipitously, the band never set out to create an album with such a broad and over arching theme â€“ it all came naturally.

â€œAfter the first three song demo came together,â€ Avalos says, â€œI basically wrote the rest of the album in two weeks. The theme just came together organically – itâ€™s not like I was thinking about it. I probably wrote 20 songs in roughly two weeks and this is what came out of it.â€

â€œItâ€™s not like we set out to create a concept record,â€ he explains. â€œWe were just writing a bunch of songs. When we came together, we didnâ€™t even know what kind of band we were.â€

Ultimately, SGD has proven to be a band that connects incredibly on an individual level, whether through song or by interacting with its audience. Building upon the experimental spirit that led the band to document its evolution before its fans, Stars Go Dim continues to think progressively, gradually revealing the full story of Love Gone Mad in a multi-media experience that includes the DVD, Life.Love.Music.Soul.

Beyond that, the bandâ€™s vision is explored even further in the digital novel Love Remembered, which was inspired by the album. Itâ€™s a tale of two couples separated by time, whose lives intertwine as they experience love, loss and restoration â€“ and learn that love is the one thing worth fighting for, even when it has gone mad.

If you havenâ€™t yet experienced Stars Go Dim, now is the time. With a new emotionally charged album, incorporated media presentation and compelling live show, it will only take a few listens to understand why local media such as Urban Tulsa Weekly says: â€œItâ€™s not a matter of if, but rather when this band will break.â€
www.myspace.com/starsgodim