Belfast singer Rachel Tucker who scored such a big impression with the judges and public alike on Andrew Lloyd Webber’s I’ll Do Anything particularly for her performance of Cabaret which drew a standing ovation from the panel – but narrowly missed being cast as Nancy, has found herself her first West End leading lady role.

Rachel takes over the part of the sassy rebel Meat in Queen & Ben Elton’s hit musical We Will Rock You from mid-September.

And by strange coincidence, this is the part made famous by Kerry Ellis, now a huge success on Broadway in Wicked; Kerry was one of Rachel’s biggest supporters on I’ll Do Anything. 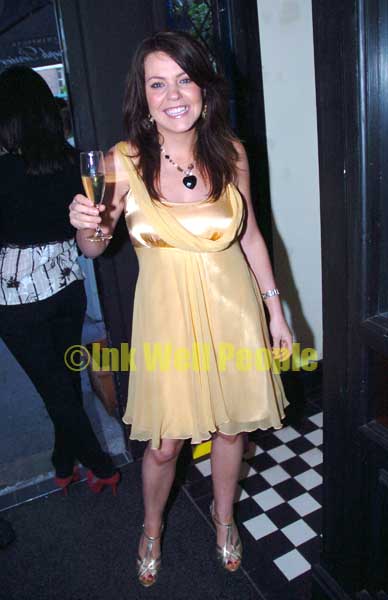 The talented Belfast born singer who makes her first night in the musical on September 22 said: It is a dream part. We Will Rock You is one of my favourite shows. I first saw it when I was a student at the Royal Academy and loved it. I am beside myself with excitement. I just can’t believe it. 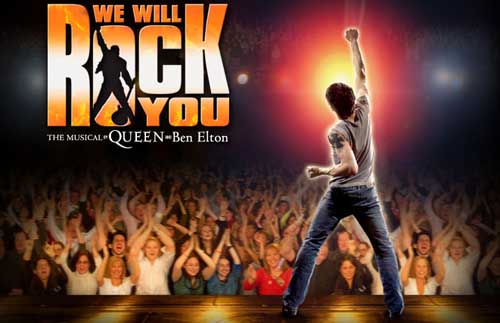 Further news on the current re-casting of We Will Rock You has Mazz Murray, the longest serving cast member of the Dominion show, to continue in her role of Killer Queen.

Mazz had the unenviable task of taking over the role from the powerhouse Sharon D. Clarke – now a judge on the BBCâ€™s Last Choir Standing – in April 2004 but has more than ably made the part her own and has been giving the role her own brand of magic nightly for the past four years.

Mazz however is not the only member of her family treading the boards in the West End: sister Gina Murray joins the cast of Chicago next week taking on the role of Mama Morton.

Theatre-goers will recall Gina as leading lady Georgie in The Full Monty. After taking a break from theatre to appear in the film Sorted and to have two sons, Gina is back as the West Endâ€™s favourite â€˜Mamaâ€™.

It is little surprise that both Mazz and Gina ended up on the musical stage. They are part of the Murray musical dynasty. Father Mitch Murray was one of the most successful pop writers of the 60’s and 70’s.

Taken under the wing of Beatles producer George Martin, Mitch wrote a strong of No.1 hits for the likes of Gerry and the Pacemakers, The Tremeloes and Cliff Richard and was a big influence on artists of today: Sting refers to him as his mentor.

Other new casting for the cast of We Will Rock You taking it into its seventh year on stage include Ian Carlyle in the role of Meat’s tough-guy partner Britney, and Garry Lake as the guardian of the texts, Pop.

Carlyle has impressed audiences with his performances in Porgy and Bess and Miss Saigon. Lake rises from the WWRY ensemble to take on the role of the fixed -in-time hippy, Pop.

Show leads Ricardo Afonso, playing Galileo the chosen one, and Sabrina Aloueche as the lippy Scaramouche who eggs Galileo on to become a hero will continue to lead the company.

We Will Rock You new cast first night is Monday September 22.

We Will Rock is presently playing its seventh year in London with productions across the world. To date more than 6 million people have seen the show.
cheaptheatretickets.com/london/dominion-theatre
Exclusive photos by©Fabrizio Belluschi /FAMEmagazine.co.uk/strong>