Exclusive photos By Ink Well People
By Tina Calder
But on arrival at the hotel before breakfast on Saturday they were told their rooms wouldnâ€™t be ready until 2pm and were left to wait around the lobby for six hours. 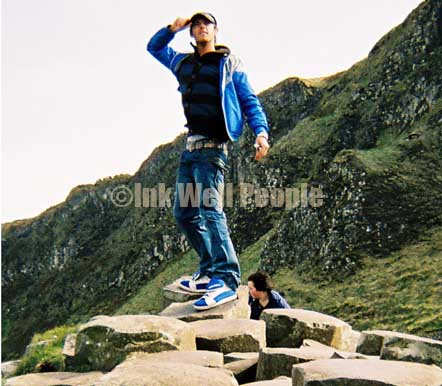 According to one source the show was a fantastic success but one of the cast members decided heâ€™d had enough and run for the hills half way through.
She added: â€œI think the waiting around was a bit too much for Andrew Moss â€“ halfway through the night he just disappeared. We also heard he was spotted in Belfast later that night partying with friendsâ€.
And as usual Fame have even more juicy gossip. Andrew even managed to bag himself a trip to the Giantâ€™s Causeway the next day as our pic shows. 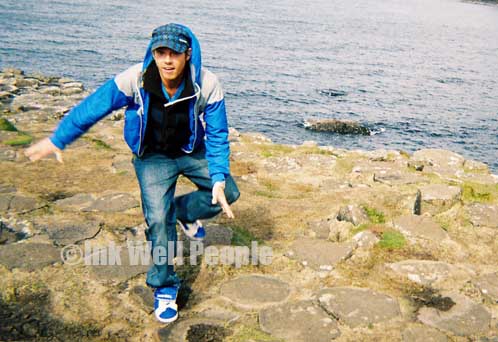