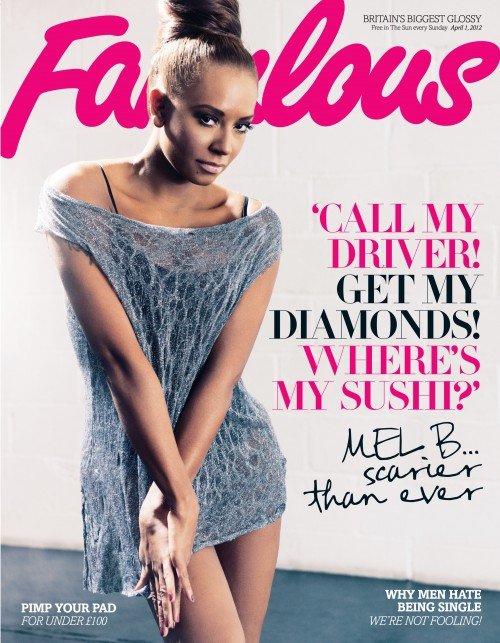 She’s never been the shy retiring type. So it’s no surprise that Mel B has come out fighting following revelations she is in the midst of a bitter fall out with family members including mum Andrea, 56, and little sister Danielle, 31.

In her first interview since the scale of the feud was laid bare the former Spice Girl turned reality TV judge tells Fabulous, free with The Sun every Sunday :

“I love my family – simple as that – but my own family come first, completely. Stephen comes first with my kids, completely.

People are always going to judge what they don’t understand or know about, and I think you [her family] are obviously very unhappy and I feel sorry for you.”

And she gives a robust defence of her husband, American film director Stephen Belafonte, whose domineering personality has been blamed for the rift:

“Stephen is a great husband and a great father. I’ve always been very self-sufficient – in high times and low times. The difference is that I am reliant on Stephen and he’s reliant on me and I’ve never been like that before. I trust him 100 per cent with my life.”

She insists he did not, as has been claimed, bully her into losing weight after she gave birth to their daughter Madison, now six months old.

“Not at all,” says Mel, “He always says it’s been like having three different women with me – he’s been with me when I was totally ripped, when I was huge and when I’m just a bit more curvy like I am now.”

It’s hard to imagine anyone bullying Mel B into anything.

The years have not made the former Spice Girl any less scary. Just the opposite.

She says she enjoys being a diva, adding: “My problem is I am always completely honest. If I don’t like someone, I just say so, I come right out with it and that can upset people. But I believe in saying what you think.

“As far as I see it, professionally I’m a solid worker and I expect the people around me to be on their A game. If you are not on your A game you get fired. Simple as that.”

Mel has just bagged jobs Down Under as a judge on their X Factor as well as host of Australia’s version of Dancing with the Stars.

But what we really want to know is will she be back in the UK for a Spice Girls reunion anytime soon?

“I always want a Spice Girls reunion, but it’s not up to me,” says Mel, “We’re getting together for the Spice Girls musical so we’ll just see.”
You heard it here first!
Read the full interview in Fabulous, free with The Sun every Sunday.
fabulousmag.co.uk.