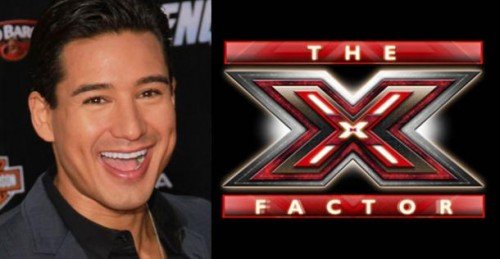 “The X Factor” US is already filming and doesn’t even have a host yet!

There were rumors that Stacy Keibler, Khloe Kardashian and Mario Lopez were being shortlisted for the hosting gig and while Stacy is pretty and Khloe is bubbly, Mario Lopez is truly the only guy for the role.

“Well, I’m flattered to hear those rumors, that’s a very nice rumor because there are bad ones and that’s a nice one,” Mario tells our friends at Hollyscoop at the launch of his RatedM collection at Bloomingdales, “I’m a huge fan of Simon Cowell, it would be awesome to work with him and everyone that’s on board, [but] it’s just a rumor at the moment.”

The head honchos at “The X Factor” fired half its staff several months ago, that included letting go of its host, Welsh television presenter Steve Jones.

Mario would be perfect for the role, he’s already the host of Randy Jackson’s side gig, “America’s Best Dance Crew” and the host of “Extra.”

Mario Lopez could become the next workaholic uber-host like Ryan Seacrest. They could go head to head for host-world-domination!