HOLLYOAKS star Gerard McCarthy sparked rumours of a pop duet recently when he took to the stage with Coronation Street actress Kym Ryder. 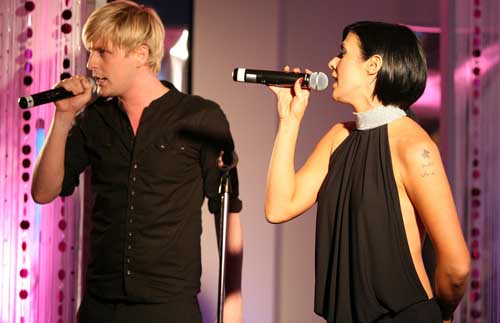 Earlier in the day The Soapstar Football Challenge saw Hollyoaks stars compete against a team of stars from Coronation Street, Emmerdale, The Bill, Shameless and Casualty.

But Gerard had to take to the side-lines to rehearse a special song for the glamorous charity ball later in the night with friend and fellow soap star Kym Ryder who plays sassy barmaid Michelle in Coronation Street. 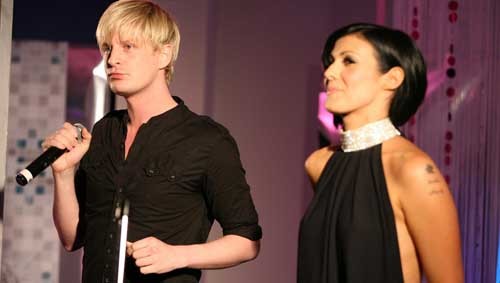 Speaking of the event Gerard said: It was an absolute pleasure to be involved with raising funds for this charity and of course made far more enjoyable by the fact that my friend Kym joined me on stage.

I had a great time performing with her, she’s an incredibly talented woman. I’d perform with her again in a heartbeat.