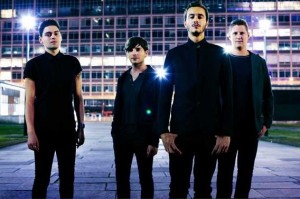 Editors celebrate their headline show in St George’s Market with an exclusive DJ set at The Stiff Kitten on October 7th. The band were one of the first to DJ in the club, spearheading the launch of ‘Sketchy’, The Stiff Kitten’s premier club brand, and they make a welcome return to the club, coinciding with their largest Northern Irish live outing to date.

A series of a well-received club dates and a single demo tape earned the Editors the interest of British labels large and small, and after a bidding frenzy the group signed to a revitalized Kitchenware, the venerable British indie once home to Prefab Sprout. Kitchenware issued their debut single, “Bullets,” in early January 2005 and the record sold out in one day, earning comparison to the dark, dramatic sound of contemporary bands like Interpol and Bloc Party as well as ancestors like Joy Division and Echo & the Bunnymen. 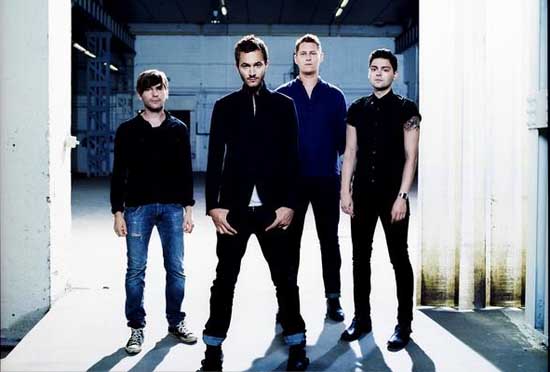 The Editors’ follow-up, “Munich,” made them darlings of the U.K. music press, and just weeks after their standout performance at the annual Glastonbury Music Festival, the band issued its third single, “Blood.” Their much-anticipated debut LP, The Back Room, followed in mid-2005. “Munich” was reissued in January 2006, placing The Back Room in the Top Five on the U.K. album chart and earning the band a gold record. A joint North American tour with stellastarr* coincided with the stateside release of The Back Room in March, and a Mercury Music Prize nomination followed in July. Editors’ sophomore effort, An End Has a Start, came out the following summer, preceded by the single “Smokers Outside the Hospital Doors”.

Their latest LP, ‘In This Light and on This Evening’, is already being hailed as their most ambitious effort to date. It’s officially released on Monday October 12th in UK.