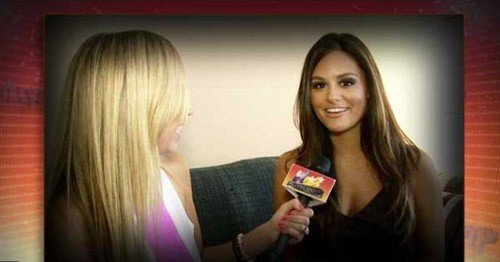 Who is going to fill the vacant spots left by American Idol judges Jennifer Lopez and Steven Tyler?

While some people are throwing out dream judge names like Mariah Carey, Bon Jovi, and Bono and others like Charlie Sheen and Aretha Franklin are actually campaigning for a judges role, our friends at Hollyscoop asked Pia Toscano, a former ‘Idol’ contestant, who contestants would like to see judge the reality competition show.

“When I first heard that there were rumors that Jennifer Lopez [was leaving], I never thought that Steven Tyler would not be returning [either],” Pia syas.

Pia went through her “Idol” cycle with J.Lo, Tyler, and Randy and can’t imagine a better trio of judges, but if she had to change them out, she’d want Mariah Carey.

“Mariah Carey, because I think she is a great judge of talent just like Jennifer,” Pia shares, “But I also saw Katy Perry’s movie, ‘Part Of Me’ the other day, I think she would be great as well but huge shoes to fill.”

However, the judge rumor that Pia is MOST excited about was when “Idol” alum Adam Lambert offered his name into the ring.

“I am really excited about Adam Lambert because I just love him. I think a great judge would be someone that has been on the show and went through it and I think just reading his tweets from when I was on the show and from last season he is really good with critiquing and giving tough love,” Pia tells us.

But of course, the end-all-be-all of potential judges would be Aretha Franklin, who apparently really wants to be apart of the show.

“That would be amazing,” Pia tells us, “I didn’t know that would be something she would want to do. She is a pioneer for music, so she would be great!”

At the end of the day, Pia says she wouldn’t mind being a judge herself!

“I have always wanted to be a judge, I was like, ‘if this whole singing thing doesn’t work out, I am just going to shoot for the stars and try to become a judge on ‘American Idol’,’ and then I was actually on the show.”