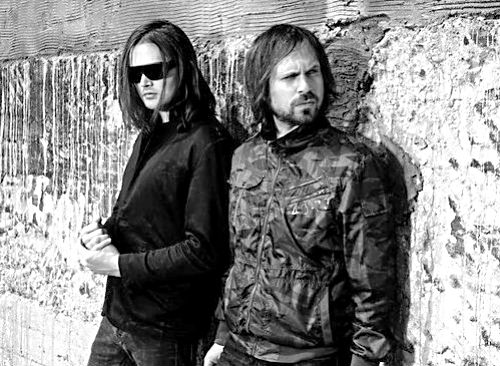 NYC based Black Onassis (the new exciting project from Ex-Kasabian Chris Karloff) give away a free download of the superb track ‘Ether’ (feat Morgan Kibby) from their album ‘Desensitized’ and announce a string of UK live dates for early 2014.

This tour marks a significant homecoming for Chris Karloff. After his departure from Kasabian in 2006, Chris left his native home of Leicester and moved across the pond to New York City where he formed Black Onassis. 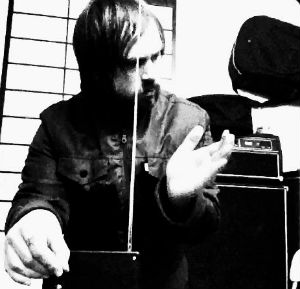 To compensate for the fact that they would be touring with no singer, the band teamed up with filmmakers and visual artists to incorporate a huge visual element to the show. Using light and projection, they have crafted a presentation that is tailor-made for each song resulting in an extreme and elaborate visual and sonic environment that floods the senses:

Karloff explains: “One thing that’s inspired me a lot to write music is movies, and not just watching them but listening to the music in them as well,

That’s been a massive influence for me, even back in the Kasabian days. From classic John Williams stuff to Ennio Morricone. I want things to be visually interesting as well as sonically good. The fusion of sight and sound is the perfect marriage in terms of stimulation, and we wanted to put a lot of thought into making it an overall experience for our fans.”