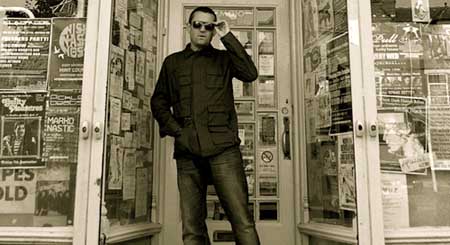 â€œThere are two types of pop star. The first, is the one we know all too well, the mindless puppets at the beck and call of their corporate masters, their creativity the slave of supply and demand. The second is the rarer breed. Blessed with a singular vision, the courage of their convictions and the power to grab your soul and then hold it with an electric zeal, they understand that pop is not simply a product but the gateway to a better placeâ€

Luckily for us, the wonderfully talented Ex Beautiful South and Housemartins legend, has not succumb to the pressures of modern day corporate sycophancy and found himself firmly seated in the latter category, and has just announced an up close and personal show at Auntie Annieâ€™s Porterhouse this November.

21 years ago Paul Heaton first entered the charts with his first band The Housemartins. He then went on to form The Beautiful South who sold an incredible 15 million albums worldwide and wrote countless chart hits. The band split last year â€˜due to musical similaritiesâ€™ and Heaton took a well deserved break. Of about 10 minutes. Anybody who has followed the fortunes of Mr Heaton â€“ or even just dipped in and out over the years â€“ would know that he wouldnâ€™t just retire to look after his crisp packet and football shirt collections (fact!) and would soon be making music again. So itâ€™s of no great shock to anybody that he returns this November with a new band and an 11 date UK tour showcasing his latest material.

A songwriting expedition to Spain with new collaborator Benny Trafford Jnr proved fruitful, and the demos from the subsequent recordings can be heard at the website myspace.com/paulheatonmusic
Benny will join Paul on tour accompanied by French Tom on bass and Freddy Edwards (drums).