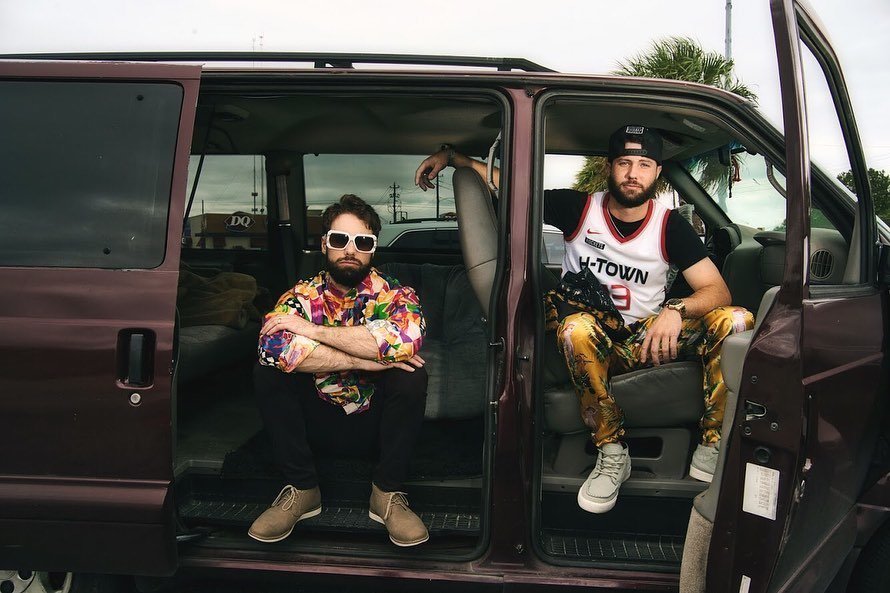 Go Ahead And Ignore This If You Want by Eucalyption might well be the record that got away in 2020. But not in 2021.

The Texan duo composed of two brothers released the reggae-rock album just before the year was out, and on paper a blend of such specific genres is undoubtedly ambitious. However, over the course of 10 tracks and at a running time of 40 minutes the record entertains and intrigues.

Arguably, the raw vocal sound occasionally plays to the detriment of some of the songs. Several tracks are let down by a lack of processing on the lead vs the instruments. However, the album still works well to convey a sense that Eucalyption’s live shows would be particularly exciting – especially after a year of cancelled concerts.

With this in mind, each track drips with a charisma and creativity that seemed all but lost to bands of the late nineties and mid noughties. Listen up, fans of Queens of the Stone Age and Cage the Elephant; these guys are for you. Interestingly, their desert-rock sound is similar to another (more recent) successful Texan export, Khruangbin, whose profile rose significantly after performing the festival circuit in 2019. Perhaps, a similar trajectory will be in store for the band after the pandemic is over and live music is resumed.

Stand out tracks include but are not limited to: Susy Lee for its opening and Joe Jacksonesque melody and Keep On for its delicious nineties nostalgia. Contrary to its title, this is not an album to be ignored.

What do you hope people will take away from GO AHEAD AND IGNORE THIS IF YOU WANT?

We just hope they enjoy it. And since we did everything ourselves to put the album out, we hope it inspires someone else to pursue their goals too and shows them that things are possible.

Can you tell us a particular story from the recording process?

On the track Pop Nonsense when we were recording the guitar part, Ben was messing around beat boxing and I happened to record it. That’s what you hear at the beginning of the song before the beat drops.

Do you have a favourite track and why?

Ben’s favorite track is Keep On. It sounds cool, and he really likes the lyrics and the message behind it.

We measure a songs success by how much we enjoy the final product.

Best piece of advice you have ever received?

That’s a tough one because most people give horrible advice. I think good advice is to do what you