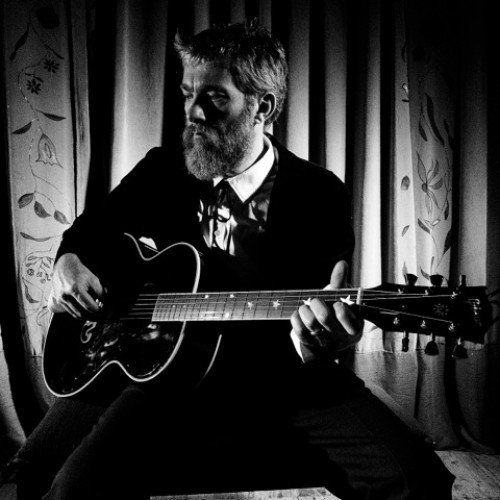 Written by Johns in-between making albums for others, it features a incredible range of musicians that he has produced and performed with over the years, including the likes of Ryan Adams, Laura Marling, Kings of Leon, Ray LaMontagne, Rufus Wainwright, Emmylou Harris, Crowded House, The Vaccines, The Staves, Tom Jones and Crosby, Stills and Nash.

When asked the inevitable, “Who produced the album?” Johns responds, “I have to offer very deep appreciation to both Dominic Monks and Jeremy Stacey who certainly took over principal duties on that front, but otherwise it was down to whoever was in the room at the time!”

The first edition of ‘If Not Now Then When?’ will be issued on heavyweight gatefold vinyl alongside a full UK tour of independent record stores this November.

“I’m doing this tour primarily because visiting local record stores is still one of my favourite things to do. You just don’t know what you’re going to find, whether it be an elusive album you’ve been searching for, for years, or an amazing new local band the shop assistant is playing when you walk through the door. Nothing beats it!” says Johns.

“I buy vinyl when I can because it’s a deeper listening experience than any of the digital formats, especially if the record has been cut and manufactured with care. So, for me, issuing this album on vinyl as it’s first edition just feels right. I’m genuinely looking forward to meeting people who love records just as much as I do, and I’m very grateful for those store owners who have struggled on. It’s going to be a fantastic trip.”

All record-store shows are free entry on a first-come-first-served basis.