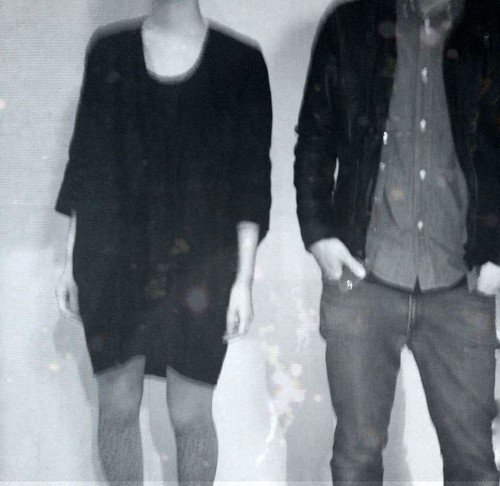 
They have recently signed to Captured Track Records (the first Japanese act to do so), and their debut EP is out now.

Jesse Ruins appear to be quite savvy when it comes to releases – their EP is available as a download, a CD with bonus songs, and a limited edition LP which comes in either clear or smokey vinyl (the latter would be perfect fodder for the discerning DJ on the lookout for something different).

As for the music itself, upon first listen it could be described simply as ambient pop, in the style of French ‘shoegazing’ act M83. A closer listen reveals more layers, however: there are moments of euphoric electro-synth combined with sharp drumbeats and at times a Nineties trance flavour.

Opening track ‘Dream Analysis’ has a distinct Eighties synth sound and beat. One almost expects to hear Depeche Mode’s David Gahan! Instead, we get whispered, breathy female vocals, which do indeed sound Japanese. Combined with tinkly keyboards, this is a trance-y sounding slice of lushness, which resists the urge to meander by being quite short (all the songs are around three minutes).

Next track ‘I Knew It’ mixes it up with a sombre piano intro and some low male vocals combining with that almost childlike female voice.

‘Inner Ambient’ has a more driving beat and a Sixties psychedelic flavour. ‘Lust and Fame’ sounds more Seventies with panpipes and a whispered entreaty to “dance dance dance”. ‘Shatter the Jewel’ moves into the Eighties, with an exhilarating marching drum and tinkling, spiralling keyboards.

Closer ‘Sofija’s intro sounds like the soundtrack to a spooky movie, before unexpectedly moving into a sparkling and upbeat rhythm with subtle bass drum. The longest track, at around four minutes, it was also my favourite.

Jesse Ruins may struggle to maintain their sense of mystery once they hit the big time.

Their rise so far has been charmed: from first gig to glowing reviews in mere months.

I hope their unique brand of ambient, ‘chillout lounge’ charisma continues to rise to the challenge.
facebook.com/jesseruins
By Melanie Brehaut