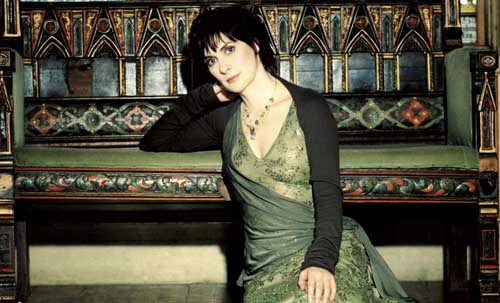 As recording progressed, it became apparent that a broader seasonal theme had emerged; beguiling songs such â€˜Trains and Winter Rainsâ€™ sit comfortably alongside the festive â€˜Journey of the Angelsâ€™. A single, title still to be confirmed, will be released on CD and digital download formats on the same day as the album.

â€˜And Winter Cameâ€™ is the latest release in a catalogue of work that has seen Enya sell 70 million albums. Each album since â€˜Watermarkâ€™ has been a multi-million selling release: â€˜Shepherd Moonsâ€™, â€˜The Memory of Treesâ€™, â€˜A Day Without Rainâ€™, â€˜Amarantineâ€™ and the compilation â€˜Paint The Sky With Starsâ€™ have all ensured that Enya is one of the worldâ€™s biggest selling female solo artists. â€˜A Day Without Rainâ€™ earned multi-Platinum status in ten countries and made Enya the worldâ€™s biggest selling artist in 2001.

Enya has also earned an Oscar nomination for Best Song Written For A Motion Picture, both in conjunction with her musical partners Nicky and Roma Ryan for the song â€˜May It Beâ€™, which was written and recorded for â€˜Lord Of The Rings â€“ The Fellowship Of The Ringâ€™ at the personal request of director Peter Jackson. â€˜May It Beâ€™ also won the Los Angeles Film Critics Association award for Best Song and was also nominated for a Hollywood Golden Globe Award.