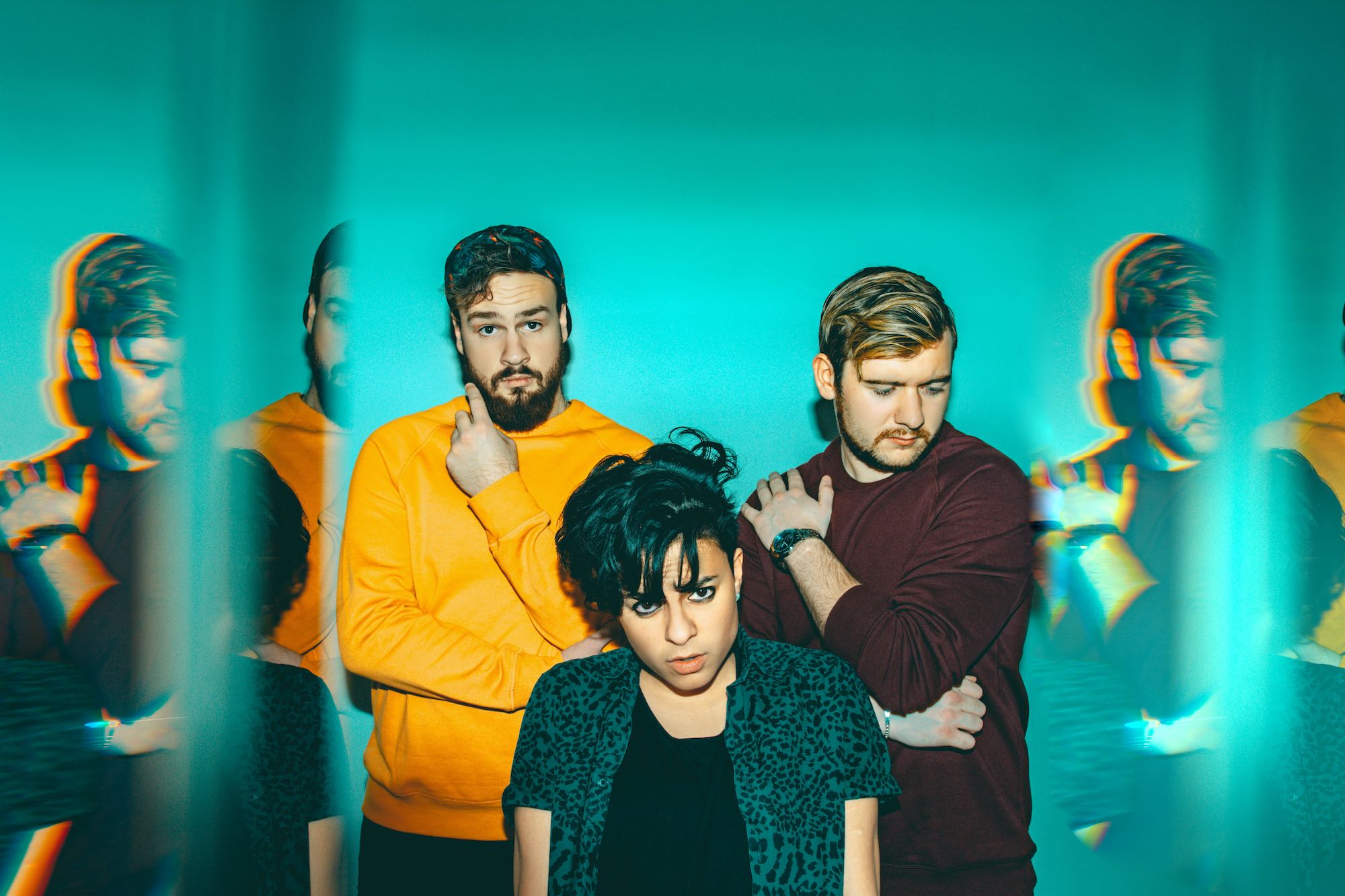 We all started listening and getting into music at very different periods of time. Mary’s answer, being the oldest in the band, is probably the one that is the most appropriate for this question. The first album she ever brought was …Baby One More Time by Britney Spears released back in 1999, and her favourite song off of that was obviously Hit Me Baby One More Time!

With Kaan, the first ever album he bought was I Created Disco by Calvin Harris, a full 8 years later! This is where electronic and funk sounds started to influence what Kaan was listening to more and more, and eventually what he started producing. Elliott was a whole heap of time after that, with Delta Machine by Depeche Mode 6 years after Kaan!

Some of are biggest musical inspirations are Depeche Mode, Empire of the Sun and Tame Impala. Our love of alternative and electronic music started by listening to a lot of Depeche Mode’s old albums and discovering the styles, sounds and techniques they used to combine the two genres together. We always quote Depeche Mode as a musical inspiration to ENTT, because whenever we want to take our music in a new direction, we always refer back to them. Empire of the Sun are an Australian Duo, and their sound revolves heavily around electronic dance. They also use real instruments to give that acoustic and authentic feel to their work, and the energy that they put into their work inspires us to do the same. Another inspiration that is hitting the charts at the moment is Tame Impala, their hit track The Less I know The Better was an instant hit when all of us started discussing our favourite music before we formed, and from their we have referenced and been inspired by the alternative and indie sounds they produce.

Elliott, being a massive fan of motorsports, would say Ayrton Senna. Ayrton was an inspiration to the people of Brazil, his home country, and literally came from nowhere to rise through the ranks, compete in different categories, and to win two Formula 1 world championships showed his passion and drive to win. For Kaan and Mary, someone like Ru Paul. The fearlessness, the passion, the drive and the sheer appeal of Ru Paul’s persona inspires them to keep driving on in the music industry, and to be whoever you feel like you want to be, not what should be normal. Another huge inspiration to us are our parents, as they have invested a lot of time and energy into supporting us in our careers, and couldn’t have gotten this far without them.

Tell us about your new single for Break Free?

Break Free is a project that incorporates so many different elements of music that we love. British Rock, Alternative, 60’s & 70’s Rock, Dance, Electronic and Indie. We were inspired by so many different genres of music and artists at the time of writing and producing Break Free, that you can almost hear our thought process. The elements of the heavy lead guitar, the chords played by the organ and the synth sounds used to make up the leads and fill out the mids, as well as using dance and electronic drums. When songwriting for Break Free, Mary threw around the idea of singing “perfect lady” and soon enough, it stuck! The whole track is about the perfect someone… You may have just passed them on the street, and can’t get them out of your mind… or you may have just met them and feel so crazy about them, you need to shout about it! The track is full of feel-good vibes, a whole load of energy, and a little bit of cheese.

Well, on Friday 21st February we will be releasing our debut EP, COEPIO, for everyone to hear with some brand new content, along with a music video for Break Free. Shortly after that we are planning on a couple of collaborations with artists that we have met throughout the end of last year, by gigging across the UK capital. Then in the summer, we have applied for a load of festivals across the country, so hopefully if you haven’t seen us perform by then, we will be coming to a city near you!