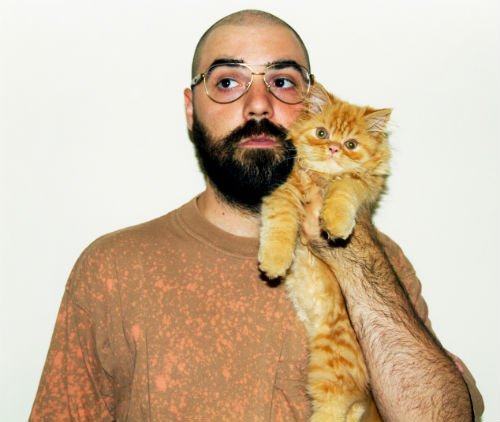 Serbian electronic pop artist Ensh – Milenko Vujošević – returns with the video for ‘Robin Hood’. A cleverly touching tune about…power dynamics seen through the lens of a heteronormative and capitalist culture.

The single is released on October 6th and it’s lifted from his ‘Belgrade EP’ (out now). Here’s the interesting video to accompany the track, directed by Milenko’s brother Aleks and featuring both of them alongside an eccentric street performer.

The single comes with this great cover of Bjork’s ‘Enjoy’.

Very nice to meet you.

First up can you tell us 5 things we should know about Ensh?
Say something personal, but light.
Give them a little bit more information to show that you have depth.
Here you could say something that makes you seem like you have a strong moral code (i.e. light left leaning politics or something about the environment).
Something funny, but not “haha” funny, more clever.
End on another personal, but light note. Reveal something about the overarching narrative that is your life.

Whats the idea behind ‘Robin Hood’?
The pretentious answer is: “Robin Hood” is about power dynamics seen through the lens of a heteronormative and capitalist culture. On a more personal note: my mom has always promoted this perverse obsession with money in me, so for me to figuratively “give it all away” kind of diffuses that. I suppose the song is pretty Oedipal in that sense which is an awkward thing to admit. 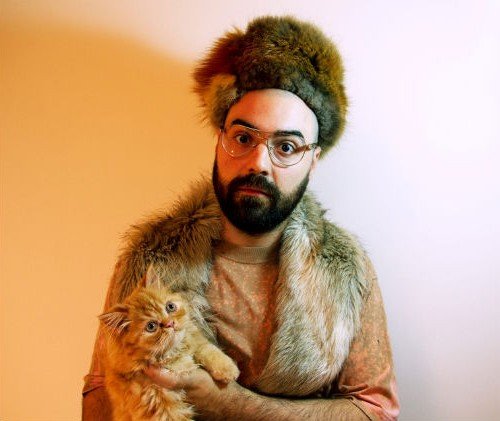 We love the video by your brother Aleks…Tell us more about that eccentric street performer.

Aleks was visiting me in Belgrade and I insisted that we shoot a video because I wanted both of us to be in it. He reluctantly agreed and we went on a walk to brainstorm ideas. As we were walking through Republic Square we happened upon a man singing his heart out through a little amplifier.

As he blazed through Queen’s “Bohemian Rhapsody” with a Twin Peaks-esque, flamboyant, energy we found ourselves completely enthralled. He was like a combination of Ronny James Dio and your weird uncle. Aleks immediately turned to me and said: “He should be the video!”. I expressed the type of doubt that only a person with crippling anxiety posses. However Aleks ignored my rampant insecurities. He had already constructed a fully formed idea in his head.

We set up the next day as the stranger ran through the song while working on his moves (his moves are amazing). Each take was more violently charismatic than the last.
As we wrapped up he began singing a Devo song. A homeless gentleman joined him, singing in brilliant harmony. It was awe inspiring. The small crowd that had formed during the filming remained, cheering them on. I subtlety put some money in the stranger’s collection bin (I had broken our agreement because: fuck that. the dude was getting paid). At the end of his impromptu duet he reached down, took all the money I had given him, and gave it to the homeless man. His name is Ivan Mladenov. The man is a king.

In case you missed it, check out the unforgettable video for ‘Fiks’

Can you talk about Belgrade EP and what were your influences whilst writing it?

I wrote the EP entirely in Belgrade. I was going through some big life changes at the time. I was working on a musical project I was very unhappy with, in a toxic relationship and working a shitty day job. I left Toronto and all of the aforementioned things very spontaneously. I was in a very free and euphoric headspace when I left. I always refer to the Belgrade EP as mental vomit. It’s stuff that just had to come out. The production is very basic.

I used a lot of stock sounds. It was all coming from such an honest place. The final versions sound very similar to the demos. I was listening to a lot of Grizzly Bear at the time but I’m really not sure they influenced the album sonically.

You lived in Canada and moved back to your Belgrade. What’s the best and worst thing about moving back to your place of origin?

My parents immigrated to Canada when I was one. My first language was Serbian. My early perspective was shaped by a decidedly Serbian outlook albeit my parent’s version of it. Growing up I got a heavy dose of the Canadian side of things while spending my summers in Serbia. To be honest I’ve never completely fit in to either. I’m what’s referred to as a “third culture kid”. That being said the best part about moving to my birthplace is the burgeoning arts and music scene. There’s a lot of excitement. It really feels as though we’re on the precipice of something great. It’s nice to be apart even if it is completely constructed. The worst thing is something that is completely understandable given the recent history of the region. There is a built-in, default, cynical defense mechanism that the majority of people keep close to the surface. I feel like the former is helping to curtail the latter. So for me there’s a great deal of hope and prospects for Belgrade.

Do you miss Canada?

I’m in Canada right now! I did miss Canada. For a while Toronto and I had a love/hate relationship. It got a bit abusive for a while. I’m really happy to be here as a visitor. It has really changed my perspective and has allowed me to enjoy the city more. We’re better as just friends for the moment.

I would say I’m on the far periphery of the industry. I produce and release my own stuff, I have a tight network of people I trust to help me book and do press, but there’s no one telling me what to do. So I have a very unique experience of the industry. I’m sort of making it up as I go. Sometimes its hard but I’m choosing to do it. I don’t ever complain because I love all facets of it.

The last show I played was at this tiny experimental theatre called the Tom Thumb Theatre located in the East Kent town of Margate. Margate is absolutely lovely. The theatre is really small. I performed for an intimate audience and I was the opening act for a film. I absolutely loved the concept. I got to choose the film as well which was exciting (I chose a Danish film called Adam’s Apples). The audience was really warm and receptive. Overall it was great. Big shout out to Jessica Jordan-Wrench.
You recently played the UK as part of your Balkan Boy tour. When do you plan to come back?
I’m hoping to come back in early 2015. Probably Feb. Fingers crossed.

I know it’s the copout answer but I really do like everything. Right now I’m listening to some awesome Serbian artists. I did part of my Balkan Boy tour with an artist called Dojo, who is great. She plays really dark, brooding, lofi, singer songwriter stuff: https://dojod.bandcamp.com/releases. I’m also a huge fan of Ti. They’re a Belgrade based psychedelic indie pop duo.