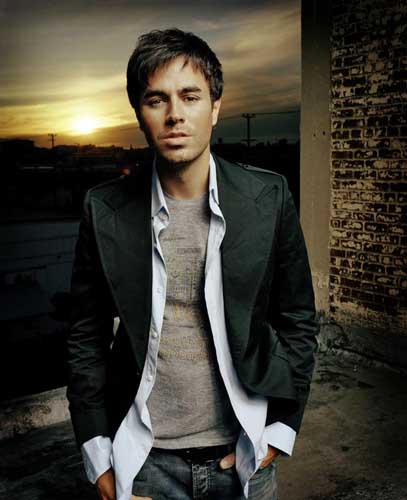 International superstar Enrique Iglesias has confirmed a November date in the Odyssey Arena, the first since his 2002 sell-out concert in the venue. Enrique Iglesiasâ€™ new album â€œInsomniacâ€ is out now and is includes new single Tired of Being Sorry, Somebodyâ€™s Me and Do You Know (The Ping Pong Song).
Enrique, the Madrid-born, Miami-raised singer has sold 40 million albums in little over a decade, becoming one of the most successful artists in the history of popular music. He is also the biggest-selling Spanish-language singer in the world and has enjoyed 16 #1 Billboard Latin hits, more than any other artist in history. He has a catalogue of worldwide mega hit singles including Hero, Bailamos, Could I Have this Kiss Forever, Rhythm Divine, Be With You and Escapar.

You would think that Enrique Iglesias has nothing left to prove. After all, the Madrid-born, Miami-raised singer has sold 40 million albums in little over a decade, becoming one of the most successful artists in the history of popular music.

Then again, Enrique is not your average pop star.

Consider this: the singer has spent the past three years crafting his latest album. Three years of non-stop traveling, writing, recording, pressing the ‘delete’ button, only to begin all over again until he’s 100% sure that his vision is perfectly realized.

Now, it finally has.

Entitled “Insomniac,” a humorous nod to Enrique’s sleepless nights and obsessive artistic persona, the record is clearly the most ambitious project of his phenomenal career.

“When I started this process, I wasn’t really sure of the specific sound that I was looking for,” Enrique says over breakfast at a posh hotel in Beverly Hills. “What I did know was that I wanted to have a respectable repertoire of songs to begin with. On my previous records, I would always start with a dozen ideas. This time, I wrote between 40 and 50 new tunes.”

Enrique also spent a long time pondering the specific qualities of the project’s sound. Should it be seeped in hip-hop and electronic beats– a prerequisite for commercial success in the new millennium?

“I guess at first I did want to consciously make a record that had a cool sound to it,” he says candidly. “But then I said to myself: ‘fuck that. I don’t want to take myself too seriously.’ The truth is, I just want to write songs that I like. It’s as simple as that.â€

“When I make a record, I work at night,” says Enrique. “So basically I’ve spent three years working at night and sleeping during the day. I’ve been hyperactive all my life. The word insomniac was the first that came to mind when I was trying to come up with a suitable title for the album.”

Some of the record’s highlights include “Push,” a hip-hop flavored collaboration with rapper Lil’ Wayne, as well as “Ring My Bell,” a moody track that Enrique wrote in Los Angeles together with two of his favorite songwriting partners, Swedish composer Kristian Lundin (Savan Kotecha also collaborated on the track).

“Do you know those moments in life when you stumble a little, and you accidentally discover something that changes you?,” asks Enrique in his typically casual, unpretentious demeanor. “That’s exactly what happened to me with ‘Ring My Bell.’ It wasn’t a dramatic change, but the feeling of that song changed my opinion of what the album should be all about.”

“The recording of ‘Push’ was very similar that way,” he continues. “I had experimented with the stylistic innovations of hip-hop before, but I had never felt really comfortable with it. This time, it was a completely different experience. In fact, there’s not a song in the entire album where I’m trying to be someone that I’m not.”

As Enrique continued on his personal search of songwriting discovery and recording experimentation, “Insomniac” underwent a metamorphosis.

“If you listened to the album two years ago, it has nothing to do with what it is today,” he says.

In its final incarnation, “Insomniac” contains twelve songs in English and three in Spanish. There is an additional 20 tracks that were recorded during those lengthy sessions, but ultimately abandoned when they didn’t meet Enrique’s strict standards for the album.

“I could have made a second album if I wanted to,” he explains. “But I don’t think those songs will ever see the light of day.” He adds: “If they’re called b-sides, then they shouldn’t be on an album.”

Born in 1975, Enrique led the life of a typical teen while growing up in Miami. He started writing and recording songs without telling his parents about it. In fact, he shopped his first demo posing as a Central American unknown named Enrique MartÃ­nez. Only after landing a record contract with regional Mexican label Fonovisa, did Enrique decide to use his real name.

Recorded in Spanish, his self-titled debut sold more than a million copies in the first three months after it was released (to this day, it has sold over seven million). His second effort, 1997’s “Vivir,” broke into the U.S. Top 40 and was promoted with the first of many lavishly produced world tours.

Within three years, Enrique became the biggest-selling Spanish-language singer in the world. He has enjoyed 16 #1 Billboard Latin hits, more than any other artist in history.

Enrique was now ready to expand his audience beyond the Latin market. Released in 1999, “Enrique” was his first English album, and the first one recorded for Interscope. It included the mega-hits “Bailamos” (We Dance), “Rhythm Divine,” “Be With You,” and “Could I Have This Kiss Forever,” a duet with Whitney Houston. In the U.S., the platinum album was certified double, and Enrique was seen by millions during the 2000 Super Bowl halftime show.

“Enrique” achieved gold or platinum status in 32 countries. The singer would eventually become the best selling international artist of all time in India.

Then came “Escape,â€ which included the hits “Hero” and “Escapar,” and cemented Enrique’s superstar status in Europe by selling 10 million copies. Both the album and single of the same name were simultaneously the #1 album and single in the U.K.

“I’ve never suffered so much making an album,” says Enrique with a laugh. “It was a journey of soul searching and self discovery for me.”

“I’m not gonna claim as we all artist do with a new album that this is my best album ever, or the one with the best production or the best songs,” he concludes. “One thing is for sure, though. I gave myself completely into the making of this one record â€” heart and soul.”