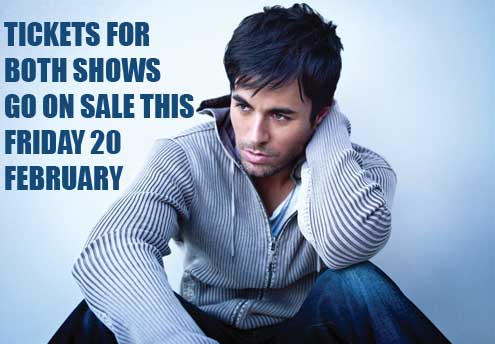 ENRIQUE IGLESIAS is bringing his tour to Dublin and Belfast this May! Enrique has announced two highly anticipated concert dates in The O2, Dublin on 12 May and The Odyssey Belfast on 11 May 2009.

Since 1997, Enrique Iglesias has been a one-man ambassador of global culture.

His fusion of pop, R&B, Latin and rock rhythms has helped catapult him beyond the limitations of genres, geography and language: making him one of the decades biggest stars with worldwide sales of over 40 million copies, 9 platinum or multi-platinum CDs, 19 #1 Billboard Latin hits, more than any other artist in the chart’s history, and over a half dozen top 10 singles on the Billboard Top 100. 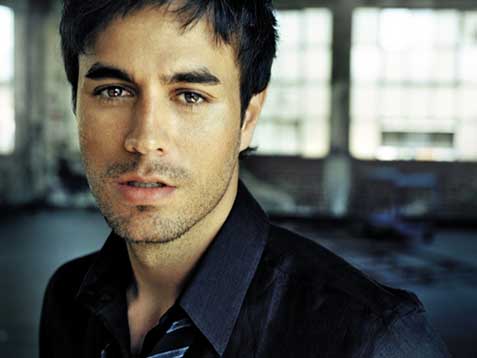 His new album Enrique Iglesias – Greatest Hits has gone platinum in Ireland and his new single Takin Back My Love gets its Irish release on 20 March.
enriqueiglesias.com
ENRIQUE IGLESIAS
The O2, Dublin 12th May
The Odyssey Belfast 11th May 2009.
TICKET INFORMATION
Tickets priced 52.80 euro for the Dublin show and from £38 for the Belfast date including booking fee go on sale this Friday 20 February