It’s the first time that Morricone has scored a Western film in over 40 years, since the release of his iconic music for Sergio Leone’s spaghetti-western masterpiece ‘Good, the Bad, and the Ugly’.

The soundtrack – consists of original music composed and orchestrated by Ennio Morricone – will be available for purchase on CD, vinyl, and at digital retail worldwide via Decca Records on December 18 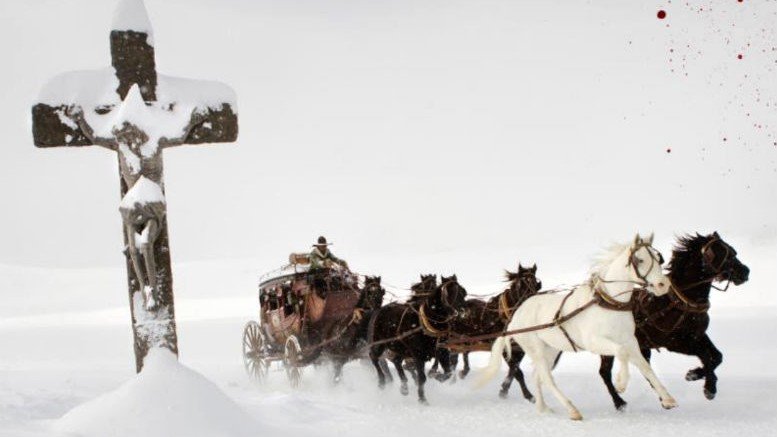 Third Man Records will also release an exclusive vinyl edition of the soundtrack in the United States. The Double 180 gram LP will include a tri-fold reversible jacket with a soft touch finish, 60″x12″ poster, 36″x12″ poster, and 12-page booklet insert with stills from the film.

The Hateful Eight film will be released on December 25, 2015 screening exclusively in glorious Ultra Panavision 70 mm film and will open wide on January 8, 2016.