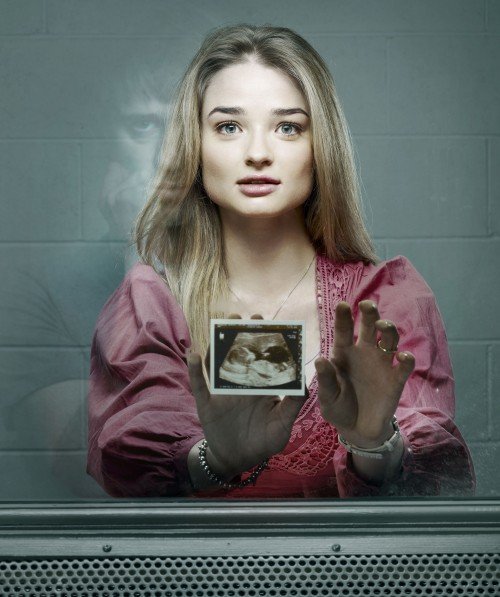 Emma plays a pregnant wife who is in prison: “The costume department kept stuffing sponges into the suit to make me look bigger, and when I sent a photo of myself to a friend, they were like: ‘My God, you look terrible.’ I couldn’t disagree!”

She explained, “I’m not maternal anyway, but this has put me off having kids for life.”

Emma told TV buzz how she really got into her role: “I visited a real-life jail in preparation for the role, and it broke my heart to see prisoners and their loved ones being separated from each other at the end of visiting times.”

Emma is keen to ensure she makes a name for herself as an actress rather than a celebrity so she’s coy when TV buzz quizzes her on reports that she’s dating 23 year old JLS heart-throb Aston Merrygold.

The pair were spotted enjoying a cosy lunch together recently…She remained tight lipped!
TV Buzz Magazine from The SUN
facebook.com/TVbuzzmag