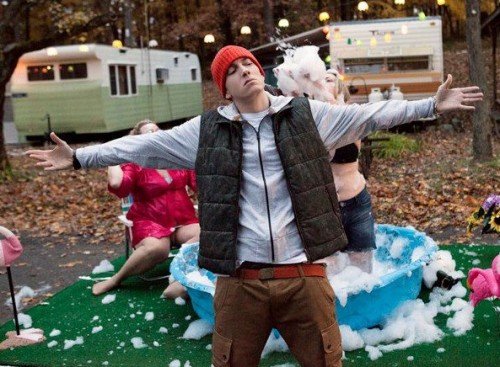 
Lord Henry Mountcharles said:”In 2005 I said Eminem was a stunning artist. He is even more so today. I am thrilled he is going to play Slane”

Throughout his career, his live shows have been phenomenal. Playing with a mammoth live band, the Eminem show is simply unmissable. His last two Irish headliners at OXEGEN and Tennants Vital have gone down in history as unforgettable performances.

TICKET INFORMATION
Tickets priced €79.50 inclusive of booking fee
Tickets on sale at 9am on Wednesday 19th December from Ticketmaster
In person: from 100 Ticketmaster outlets nationwide
24hr hotlines: Tel: ( ROI ) 0818 719 300 ( NI ) 0844 277 4455
Buy online: ticketmaster.ie
Tickets are limited to 8 per person.
Under 16s must be accompanied by parent/guardian 25 or over.
weminem.com
slanecastle.ie

THE HISTORY OF SLANE: