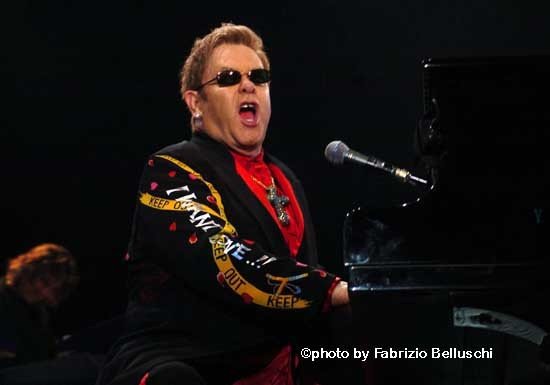 The red piano show debuted to critical acclaim on February 14, 2004. It was originally booked for 75 shows over three years. Responding to overwhelming demand, the resort accelerated the number of shows presented each year, completing the original commitment in only 18 months. During this time Caesars Palace extended the agreement for an additional 166 shows for a final engagement total of 241. reviews proclaimed it as “A must-see” and noting that Elton is “still standing” as an indestructible talent. 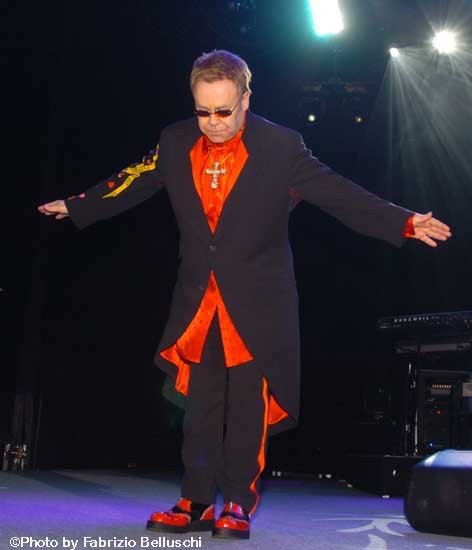 Using a red piano as a starting point, Elton enlisted his friend and photographer David LaChappelle to develop art and imagery that would complement the music and enhance the experience for the audience.

Featuring multi-color neon sculpture, pop art, inflatables, baubles, balloons and the band, the production raises the bar Other . Viewers may have a good time just taking the show in at its surface (lights, inflatables and colors), or use their imagination to find the deeper meanings in the show.