Due to phenomenal demand Elliot Minor have announced that they will be coming back to Belfast to play the Spring & Airbrake this November 10th 2008. Citing their influences as Something Corporate, Jackâ€™s Mannequin, The All American Rejects, Queen and Beach Boys, Elliot Minorâ€™s unique and infectious sound comes from their classical influences.
All five members are classically trained in the violin, piano, clarinet, cello, double bass, saxophone and singing. Alex, Dan and Ali were choristers at York Minster Choir School, while Ed Minton, born in Japan, began his education in England as a chorister and ultimately head chorister at St John’s College, Cambridge. 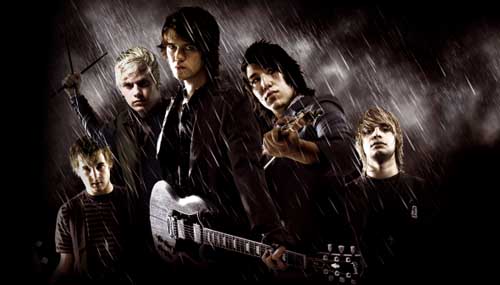 The Yorkshire quintet have been on a whirlwind journey since the release of their first single Parallel Worlds in April 2007. The album of the same name was released in November 2007 breaking into the UK charts and included the hits â€˜Jessicaâ€™, â€˜Still Figuring Outâ€™, â€˜The White One is Evilâ€™ and the new single Time After Time, which is to be released on 20th June.